The travail of Yosef was undoubtedly the greatest trauma of Yaakov’s life, which certainly knew its share of hardships. Was it so wrong that Yaakov, having fled from his brother and his father-in-law and now finally returning to his father’s home bereft of his mother, sought some peace of mind? Why is it that the righteous do not, or are not supposed to, desire contentment and equanimity? Doesn’t the Talmud (Sanhedrin 71b) state “quietude for the righteous is a pleasure for them and for the world”?


“The torment of Yosef overwhelmed him.” It is natural and understandable to be tired after years of struggle, both in life generally and especially in the land of Israel. The drumbeat of bad news – terror, explosions, casualties, death and suffering – has surely worn down many Israelis, a sentiment best articulated by then Vice Prime Minister Ehud Olmert who said: “We are tired of fighting, we are tired of being courageous, we are tired of winning, we are tired of defeating our enemies. We want to be able to live in an entirely different environment of relations with our enemies” (Speech to the Israel Policy Forum, New York, June 9, 2005).

It is surely an understandable attitude, albeit detached from the reality of the Middle East, and precipitated the expulsion of Jews from Gaza, years of incessant missile attacks and instability in southern Israel, this past summer’s war, and the recent explosion of terror. Yaakov also wanted some peace and quiet; to which G-d responded: ‘Is it not enough what is prepared for [you] in the next world that [you] also wish to dwell in tranquility in this world?’”

To be “tired” of life and its challenges is harmful, counter-productive, and self-destructive. G-d tests us not to debilitate or weaken us, but in order to challenge and strengthen us. Through our trials, we uncover our latent potential and achieve new heights of faith and service. If Yaakov was tired, that was not good for him or the Jewish people. One who is tired of being tested is tired of life itself, and to surrender to difficult trials (personal, financial, emotional) is a sign of moral weakness.

Conversely, the measure of greatness is even to take a single step towards overcoming the difficulty and escaping the danger. Yaakov had to be roused by his personal ordeal but centuries later most Jews who lived during the Syrian-Greek exile were also tired. Before the rebellion of Chanukah, Greek culture had already permeated the land of Israel. Antiochus captured Yerushalayim and defiled the Beit HaMikdash. Most Jews had already accommodated themselves to Syrian occupation, if not to its culture and values. The national fatigue was pervasive.

The Jewish people were revitalized by one act – the rebellion of Matityahu and his sons in Modiin. The greatness of Chanukah is its eternal message to the Jewish people – against despair, despondency, dejection, wallowing in self-pity, and indulging tired clichés and failed solutions. Chanukah was defined by its flames. From one jar of pure oil a Menorah can burn; from one candle, thousands of others can be lit and spark a renaissance of Jewish life and identity, of fealty to Torah and Jewish destiny.

In our national lives, we are sometimes taught that lesson the hard way. In our personal lives, it is critical to realize that people possess enormous reservoirs of internal strength that can be tapped when crises arise. Those are the ultimate tests of righteousness.

The Midrash (Yalkut Tehillim 628, on Michah 7:8) states: “‘Do not rejoice over me, my enemy; for though I fell, I shall rise!’ If I had not fallen, I could not have risen. ‘Though I sit in darkness, God is a light to me.’ If I had not sat in darkness, I would have had no light.”

It is because we sometimes sit in darkness, and experience setbacks and hardships and are forced to make choices and decisions, that God becomes our light and our salvation. As it was then, so may it be today.

Rabbi Steven Pruzansky is the spiritual leader of Congregation Bnai Yeshurun in Teaneck, New Jersey. The above is excerpted from his new book, “Tzadka Mimeni: The Jewish Ethic of Personal Responsibility” (Gefen Publishing House, 2014), now available in fine stores and at Amazon.com. 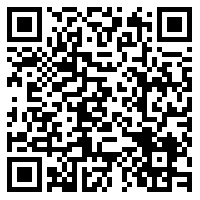