NYC, NY – Rocket fire returned to southern Israel on Friday, disrupting the Sabbath preparations of local residents again, despite initial attempts by government officials to keep the news from leaking out.

The IDF announced in the morning hours it was checking reports to see whether the activation of the Red Alert system had been a “false alarm.”


It was the third such event to occur in southern Israel in recent weeks. It follows by a few days the European Parliament’s decision to remove Hamas from the European Union’s list of foreign terror groups.

Gaza’s ruling Hamas terror organization has been test firing its rapidly improving arsenal of mortar shells, rockets and missiles into the Mediterranean for months.

By early afternoon, Israeli military officials announced that this time Gaza terrorists had, in fact, aimed their weapons directly at southern Israeli civilians. It was the first time since the end of the summer’s counter terror Operation Protective Edge the IDF had admitted a rocket landed within Israeli territory.

This is also the third time a rocket has been fired at southern Israel, and has exploded on the Israeli side of the border, since the end of this summer’s 50-day war.

The Red Alert siren was heard blaring through communities in the Eshkol Regional Council district, located less than 15 seconds away by rocket fire from the Gaza border.

The Qassam rocket itself exploded in an open area, where it caused no property damage and no physical injuries to local residents.

An Eshkol resident commented that people living in the area have been holding their breath for months, waiting for the “other shoe to drop,” so to speak.

“The war ended… but nothing was done to change the reality,” Anat Hefetz told Ynet. “For four months already nothing has been done to prevent this… No initiatve was taken. We left the area on the other side to be controlled by Hamas… There are always infiltrations, attempts to shoot rockets and ‘false alarms.’ It does not surprise us,” she said.

Weeks ago, it became clear that Hamas has also resumed its terrorist tunnel building activity as well. The organization was able to pull materials for the construction from the limited goods allowed into Gaza by Israel due to pressure from the international community.

(Ed. Note: Story filed from New York before the start of the Sabbath.)
—-

No injuries or damage reported.

11:46 AM A rocket alert was heard in the Eshkol region.

The IDF is checking if this is a false alarm or if there was a rocket launch, and if so, where did the rocket fall. 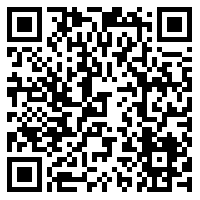