Davening with a minyan is a top priority in every Torah-observant home, which is why some people go to extreme lengths to never miss a prayer b’tzibbur – three times a day, every day.

The following is a remarkable story about one man’s commitment to this mitzvah. This man once landed in Israel after a long overseas trip and reached Yerushalayim at a very late hour. He hadn’t yet davened Maariv and was determined to do so with a minyan as he did every evening.


A visit to the center of Meah Shearim, however, made it clear that finding a minyan wouldn’t be simple. All the shuls were empty and everyone was fast asleep as far as he could tell. Our disappointed man went to his hotel, racking his brains in search of a solution.

A longing to fulfill mitzvos opens wells of creativity, and soon he came up with an idea. He dialed a Jewish taxi company and inquired how many cars it had available at that time of the night. The company had three taxis in service. He ordered them all. He then called another company with the same request, and then another.

Fifteen minutes later, nine taxis were lined up in front of his hotel. He asked the drivers to enter the lobby after making sure they had all turned on the meters in their car. As they entered the lobby, he offered them seats and explained his problem, asking them to please join him so he could daven with a minyan. He assured them that the fare that was accumulating would be paid in full.

That night a memorable prayer rose to Heaven and went straight to the Throne of Glory. It was offered by an unusual gathering, a minyan of Jews that one doesn’t see every day.

As they finished the service, the man fervently thanked the group while leading them back to the entrance of the hotel. He approached the first driver in line, removing cash from his pocket to pay him as promised. The driver, visibly shaken by the evening’s experience, declined the money. The next in line, touched to the core, refused as well. This scenario repeated itself – nine times. Each driver independently rejected his attempt to pay him. None of them wanted to be compensated for the unique experience they had been privileged to participate in.

The great pleader, Rabbi Levi Yitzchak of Berditchev, would certainly have put this story to good use! 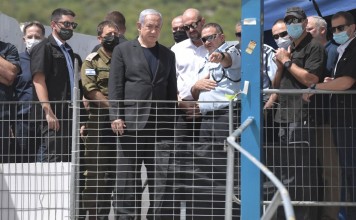 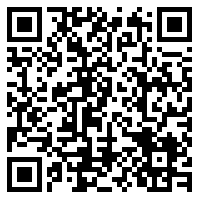