A while back, while at DFW airport waiting for a flight, a kind gentleman told me softly that there were strings sticking out of my jacket.  The strings, of course, were my tzitzis.

The commandment for Jewish men to wear tzitzis is mentioned as follows: “God told Moshe: Speak to the sons of Israel and tell them to make tzitzis on the corners of their garments for all generations”(Bamidbar 15:38).


The Torah follows with the reasons for wearing them: “You shall see them and remember all the mitzvos and do them.  And you shall not stray after your heart and after your eyes which have led you to stray”(Bamidbar 15:39).

Tzitzis, then, serve two functions: a reminder of the 613 mitzvos in the Torah, and a buffer against the evil inclination.  The words “after your heart and after your eyes,” the sages explain, refer to sexual temptation.

Following are a number of points to ponder:

Why is the tzitzis reminder on our clothing? How does it remind us that there are 613 mitzvos? Why must the garment have four corners? Why are the tassels partially wound and partially loose strings?

The mitzvah of tzitzis is unique in that it is the only positive mitzvah that relates to clothing.  Clothing has been worn in nearly every civilization; often, the more refined the society the more refined the garments it requires its members to wear.  Surely clothing does not only serve as a protection from the elements. Man’s need for a covering is of deeper significance.

The Torah illuminates the origin of clothing in the story of Adam and Eve in the Garden of Even. “They were both naked, the man and his wife, and they were not ashamed” (Bereshis 2:25).  God gave the first man and woman just one commandment, to not eat from the Tree of Knowledge.  Yet, the serpent enticed them, they ate, and, henceforth, “realized that they were naked” (Bereshis 3:7).  The commentaries explain the deeper meaning of the story. Before Adam and Eve sinned, the concept of evil was represented by the serpent, an easily identifiable external force, an idea they could engage or ignore.  However, once they ate from the forbidden fruit, evil took root within them.  Now they possessed both positive and negative inclinations.  The new challenge was to recognize their innate evil inclination, and to overcome it by nourishing their positive drives.

The Torah says that God made Adam and Eve clothing.  The deeper meaning is that He provided them with the means of protecting themselves from the evil inclination.

Tradition says that the clothes God made were tzitzis (Zohar 1:28b). There is a deep message here.  To understand it, let us first explain another point.

How do tzitzis remind us of all 613 mitzvos?  The most basic explanation is that the word “tzitzis,” or tassels, has a numeric value of 600, which when combined with eight strings and five knots becomes 613.

In the Garden of Eden, Adam and Eve had only one mitzvah.  Once they were sent out of the Garden to a less spiritual world, they were given five additional mitzvos.  Mitzvos are the means to protect a relationship with God. In Eden, Adam and Eve needed only one mitzvah as their connection to God was inherently strong.  Once they left that setting they needed more structure to protect a move vulnerable relationship.  Centuries later, after being freed from slavery in Egypt, the Jews needed 613 commandments to fortify their relationship with God.

Thus, the role of clothing and mitzvos parallel each other:  Clothing serve as a barrier against the evil inclination which drives us from God, and the 613 mitzvos protect us from a breakdown of our relationship with God.  That is why we wear a reminder of the 613 mitzvos on our clothing; it dovetails directly with the reason God made clothing for man.

Why do tzitzis have four corners?  In Jewish thought, the number four connotes physicality.  The physical world extends in four directions.  The Jewish people were to have been slaves in Egypt, a dispiriting experience, for 400 years, and there will be four exiles before the Messianic era arrives.

The tassels represent the idea that mitzvos are the vehicle that will raise the physical world to a higher level.  The fringes are partially rope-like and partially loose; while Torah is there to guide us, we still hold loose strings.  It is up to us to take the loose strings and tie them to the garment. It is up to us to turn the four-cornered garment into the holy vestment of tzitzis.

I have been thinking about the gentleman at DFW, a friend of our people, who reminded me that strings were sticking out of my jacket.   Caught off guard, I simply smiled and thanked him.  But, looking back, do you think I should have explained some of this to him? 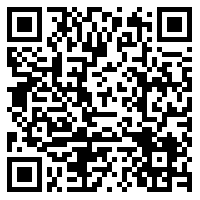