Displayed below is a 1972 Iceland commemorative cover of the famous Spassky-Fischer championship match, signed by both men.

Probably the greatest chess player the world has ever seen, Fischer (1943-2008) was also known for his bizarre behavior and for his virulent anti-Semitism and anti-Americanism. An eccentric genius who assumed the status of Cold War hero when in 1972 he checkmated Soviet champion Boris Spassky in a historic showdown in Reykjavik, Iceland, he became the first – and, even to date, the only – American official world chess champion. In 1975 he failed to defend his title when he could not come to an agreement with the international chess federation over conditions for the match. He became a virtual recluse and did not again play competitive chess until his 1992 rematch with Spassky in Yugoslavia, then under a strict UN embargo, which led to a conflict with the American authorities.

It is beyond dispute that Bobby’s mother was Jewish; Fischer himself confirmed that in a 1962 interview with Harper’s Magazine. Nonetheless, he was steadfast in claiming he was not Jewish, even writing to the Encyclopedia Judaica (1984) to demand that it remove its biography on him because, among other things, he was never circumcised: “I suggest rather than fraudulently misrepresenting me to be a Jew…you try to promote your religion on its own merits – if indeed it has any.”

Recently released documents show that not only was Fischer’s mother Jewish, but that his biological father probably was as well – though his father had been thought to be Gerhardt Fischer, a non-Jewish German who may have assisted in the Nazi war effort, FBI documents strongly suggest that Bobby’s biological father was the Hungarian-Jewish physicist Paul Nemenyi, who contributed to the Manhattan Project. A vehement Holocaust denier who argued that “Jewish parasites” invented the “Holocaust myth,” Fisher began his public campaign against Judaism and Zionism in the 1980s when he began distributing Institute for Historical Review revisionist pamphlets in front of the Los Angeles Public Library. He studied anti-Semitic classics such as Mein Kampf and The Protocols of the Elders of Zion, and he became obsessed with German history and the Third Reich. He collected Nazi memorabilia, and a popular rumor had him sleeping every night with a picture of Hitler hanging over his bed.

Fischer’s anti-Semitic rants appeared to serve as the fundamental pillar of his worldview. He developed a straightforward narrative of a Jewish world conspiracy, and he used almost every interview question to launch into yet another diatribe about the global Jewish conspiracy directed against him and the need to exterminate all Jews. According to Fischer, the Jews are a “filthy, lying bastard people” bent on world domination who employ the mass murder of Christian children (“their blood is used for black-magic ceremonies”), and the United States is “a farce controlled by dirty, hook-nosed, circumcised Jew [expletive].” But his worst outburst may well have been during an interview just hours after the 9/11 attack: “This is all wonderful news. I applaud the act. The U.S. and Israel have been slaughtering the Palestinians for years. Now it’s coming back to the U.S.” Before concluding with “Death to America,” he expressed his expectation that all American synagogues would be closed and hundreds of thousands of Jews would be executed.

An incredible child protégé and a world chess champion, Boris Spassky (1937- ), best known for his “Match of the Century” loss in Reykjavík to Fischer, will always be inexorably tied to the latter. The contest, which took place at the height of the Cold War, was seen by many as symbolic of the political confrontation between the two superpowers. His loss to Fischer took an enormous toll; he keenly felt his nation’s disappointment, and most chess commentators agree that he never again achieved his pre-Fischer greatness.

Born to a Jewish mother (and therefore Jewish), Spassky was no friend of the Jews. He was among 5,000 Russians who signed a petition to the Russian state prosecutor to ban various Jewish organizations, in particular all religious and national groups acting on the principles of the Shulchan Aruch, which “foments religious hatred.” Backed with quotes from 19th century anti-Semitic literature, the petition branded Judaism as satanic, anti-Christian, and inhumane; accused Jews of “committing ritual murders;” and warned of a “hidden campaign of genocide against the Russian people and their traditional society and values.” Israeli Foreign Minister Silvan Shalom raised the issue of the petition when he met with Russian President Putin in May 2005, and the Russian government ultimately condemned it.

After facing severe criticism from figures in the chess world and religious leaders, Spassky – though he never denied signing the letter – sought to distance himself from the campaign by expressing meaningless platitudes about continuing to “fortify and unite the multinational kingdom of chess.” Evgeny Gik, a Russian chess master and writer who publicly condemned the petition in a Russian newspaper, stated that Spassky, the guest of honor at a dinner party, once remarked that “Everything is good in Russia, but I don’t know how the Russian people can have allowed so many big-nosed people into government.” According to Gik’s account, several grandmasters left the table in protest. 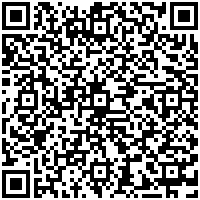