In this week’s parsha we learn of the suffering that Bnei Yisrael endured in Metzrayim. The Torah tells us that Mosh Rabbenu grew up in the palace, and when he grew older, “He went out to his brothers and saw their suffering. He witnessed a Mitzri beating a Jewish man and Moshe stopped this and killed the Mitzri. No one but the Jewish man whom Moshe saved witnessed this episode.

In the following pasuk the Torah tells us that Moshe saw two Jewish men fighting with each other, and Moshe intervened calling one of them a rasha. They retorted by asking “Who appointed you an officer and judge over us, do you plan to kill us like you killed the Mitzri?” the two Jewish men then proceeded to inform Pharaoh of Moshe’s deed with the Mitzri.


Of this the Torah writes that Moshe Rabbenu said, “Alas the matter has become known.” Rashi comments that the simple reading is that the matter that he killed a Mitzri has become known. However, Rashi quotes a Midrash that offers an alternate explanation of these words. Moshe was always curious, what did the Jews do to deserve such terrible torturous treatment. He knew they sinned and deserved to be punished, but to this extent? This matter disturbed him greatly. However, now that he saw how a Jewish man could inform to the king on a fellow Jew, let alone one who saved his life earlier, he said now it is known, now I understand why they deserve such suffering. There is no unity between them. They would inform on each other. There is no achdus – unity. Such a situation warrants the worst results.

King Achav was a terrible rasha. He worshiped avoda zara and led Bnei Yisrael away from Hashem. Yet, while he was king not one soldier died on the battlefield. The Gemara tells us that this is because the people of his generation had extreme achdus.

We are taught that the long and bitter galus that we are suffering through today was brought about by sinas chinam – baseless hatred. Surely there is always a reason to hate someone, but unless it is a reason warranted by the Torah, it is deemed baseless, and further worsens our chance of redemption.

Recently, there has been much achdus displayed by our nation in celebrating the release of one of our brothers from an unjust sentence. People who never met him and have absolutely nothing to do with him rejoiced upon hearing the news of his release. May this zechus stand for us in front of the Master of the universe in our time of need. 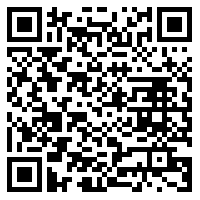