A decade ago, anyone seeking a graduate degree in social work had many schools to choose from in New York City. It was a market full of well-known, prestigious institutions. Yet Touro College decided it could offer something unique and so Founding President Dr. Bernard Lander, OBM, launched the Touro College Graduate School of Social Work (GSSW) under the leadership of Dean Steven Huberman, Ph.D.

The GSSW’s mission is to educate graduates for clinical social work practice in an urban, multicultural and diverse environment. It also is committed to making its programs accessible to educationally underserved groups, with flexible scheduling and scholarships.


“Touro has created a school with strong roots that will allow professionals and individuals to survive the storms of life,” said Dr. Alan Kadish, president of the Touro College and University System, when the GSSW attained a perfect score on its national accreditation review from the Council on Social Work Education. “We will continue to make valuable contributions to the community that will do good for those who are underprivileged and who need our help.”

Giving voice to the needs of those who can’t speak for themselves has been the driving force behind much of what the school has accomplished. Dean Huberman grew up in the 1960s when it was common to rally in the streets for civil rights. Today, he is a passionate advocate for social justice. “In Hebrew, we call this Tikkun Olam, perfecting the world. We may not be able to complete the task, but – as it says in the Talmud – we’re not relieved from trying,” Dr. Huberman says.

And try he does. “I want to create good troublemakers. Troublemakers for social justice. At Touro we focus on creating change agents who are working to empower others to improve lives,” explains the Dean.

Dr. Huberman is highly engaged with all activities at the school. He knows the students personally and helps teach and create the curriculum yearly. He participates in advocacy and fieldwork. Still, “He always has his door open and stops to give us his undivided attention,” notes current MSW student David Gruskin, a native of Teaneck, N.J. who worked at program for at-risk youth in Petach Tikva, Israel before joining Touro.

For his efforts, Dean Huberman received the 2017 Top Leadership Award by the National Association of Social Workers-New York City Chapter.

The GSSW’s narrative began when it opened in 2006 with 60 students. Today, it has over 700 alumni and 325 full and part-time students at its two locations – one in midtown Manhattan and the other in Brooklyn.

“The accommodating schedules, the positive feedback from prior students and scholarship opportunities are what drew me to Touro,” said Mordechai Binder, a current student and father of six who recently became COO of a large mental health agency, Daas Wellness Center in Spring Valley, when he went to work for his former fieldwork supervisor from last semester.

This past fall, the Brooklyn Division opened a men’s cohort with 12 students, modeled after a successful all-women’s cohort formed at the Manhattan campus in 2006. The male cohort is diverse, noted Elhanan Marvit, director of the Brooklyn Division. “We have observant and non-observant Jews, a Russian, an Italian, and a Catholic. They have high GPAs and some of the observant men have backgrounds as rabbis, youth leaders, educators…,” he said.

Students contribute 120,000 hours of service annually through field work rotations serving elderly, the homeless and victims of domestic violence. They do rotations with many premier Jewish agencies and facilities, such as Mt. Sinai/Beth Israel, Madraigos, Memorial Sloan Kettering Cancer Center, Jewish Board of Family and Children Services, and YACHAD.

Students also become advocates, making annual trips to Albany and Washington D.C. to support the interests of social workers. They have backed loan forgiveness for social workers, and passage of the “Dream Act” to extend financial aid to undocumented students.

While they are diverse, most students share a desire to improve their skills. When she enrolled at Touro, Dr. Shani Verschleiser had already started Magenu, an organization dedicated to protecting children by promoting personal safety education. A mother of four from Brooklyn, Dr. Verschleiser said she came to learn how to be more effective in her mission to help children. She learned that her role as a social worker was to advocate for those who can’t advocate for themselves, to never lose empathy and to always keep on learning.

“Children are our most vulnerable population and helping them find their voices and sometimes being their voice is such important work,” said Verschleiser. “I learned to listen and not focus on the ‘What is happening’ but the ‘Why is it happening.’ Then I can be empathetic and validating, which usually is what is needed.”

Rabbi Mimon Mamane graduated GSSW in 2017. The rabbi at Magen David Congregation in Lower Manhattan, Mamane says his social work studies made him more empathetic and pragmatic advising congregants and his synagogue would not have hired him without his MSW. “It shows I’m not just a scholarly person from a Judaic standpoint, but I am also a professionally trained social worker from a respected academic institution.”

Chana Lazar, Class of 2012, said her Touro experience “made me a better practitioner and a more sensitive human being.” Lazar, too, came to the GSSW to further develop her skills, in her case to help people with special needs. At Touro, she became passionate about using creative arts in therapy. Today she is a clinical social worker helping children and families at Ezras Choilim Health Center Inc. in Monroe, N.Y. and also has a private practice helping families experiencing trauma.

According to the U.S. Department of Labor, the demand for social workers is projected to grow 15 percent from 2016 to 2026, so the future looks bright for GSSW graduates. No one could be happier about this news than the Dean himself.

“The DNA of our school is inclusion and I’m thrilled to spend every day of my life creating an extended family where academic excellence and social justice reign.” 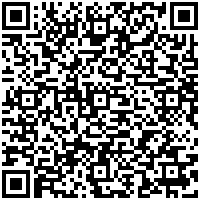