The streets of the city of Yerushalayim were still. There were barely any cars riding on the roads. People were walking, silently, solemn, as the holiday of Yom Kippur was about to descend upon the city. There was trepidation in the air. Yom Kippur in Israel is one of the very few holidays that are observed by almost everyone in their own way. Many attend religious services while others sit in contemplation and introspection thinking of the seriousness and the solemnity of this day – the day that Almighty G-d stands in judgment of each and every Jew and stands in judgment of the entire Jewish nation.

However, in the small city of Efrat, situated only twenty minutes from Jerusalem, in the Gush Etzion bloc, the seriousness and introspection, the trepidation and sadness on the faces of all its residents is much greater. Instead of contemplation, one can hear voices of despair, crying, weeping, profound sadness, even in the streets as they walk to shul. Today’s Yom Kippur is different from the ones before. For today the entire community weeps for the loss of one of their dear sons, Ari Fuld, who was cut down mercilessly by an Arab terrorist in the shopping center of Gush Etzion.

I davened with Ari daily in the same shul near my home in Efrat and we spoke often. So much has been written already of his bravery and his love for the Jewish people and the state of Israel. He was a magnificently strong individual – an ox, trained in Martial arts, part of the elite forces in Israel. The only way to kill this man was to sneak up behind him, as a coward, and stab him in the back when he was not looking.

And so it happened.

I know that the next few paragraphs that I am about to write will illicit great criticism, but I feel so compelled to write what is resonating in my mind, despite the anticipated objections.

We all believe that Almighty G-d controls the world and that when a person’s time has come, however it will happen, it’s bashert. So many people believe that this was the way it had to be. Ari was destined to be killed this way and we don’t question the ways of Hashem. We only ask why? Why did Almighty G-d take him from us? Why would Almighty G-d cause such great tragedy to his family and to our nation? But ultimately we will accept his decree with sad songs and pronounce that “this is the will of G-d” and recite the Kaddish for all to hear.

I however envision a different scenario.

I see Almighty G-d , accompanied by his ministering angels greeting Ari as his soul ascended to heaven, with tears in their eyes, welcoming, but weeping, asking Ari:

“Ari, what are you doing here? You were not supposed to be here for another eighty years? What happened? Who is responsible for this?”

This terrorist will be sentenced to a life sentence and will be remanded to the Israeli prison for ten years or so before there will be a prisoner swap, and then he will be freed. During this time he will be living a better life than he lived in his home village, given three square meals a day, access to television and internet, will learn a trade and receive a degree of some sort. He and his family will be supported by the PLO, and he will be lauded by the Arabs as a hero.

Great reward for killing a Jew!

In Israel there are no real consequences for these terrorist acts. They commit these unspeakable crimes knowing full well that if they survive they will be in better shape than they were before.

What a catastrophe! We have become compassionate to the cruel, and cruel to the compassionate! No longer will the Fuld family be the same. They will suffer the loss of their dear son for as long as they live, while this animal terrorist languishes in the comfort of the Israeli jails, feasting, awaiting to be freed and to receive a hero’s welcome.

Ari’s death was needless. The blame is ours to bear!

Sovereignty – Because This Is Our Land 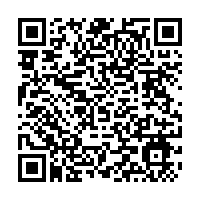