Since I raised the topic of technology last week, forgive me for not being able to resist the temptation to reflect on some additional implications of the technology revolution.

Let’s take the increase of chutzpah as an example. Chutzpah was once nearly non-existent; today, it is all too common. Parents are at a loss, and teachers are at their wits’ end. It was never this serious and is deteriorating further, they say.


Chazal tell us that “chutzpah yasgi” – brazenness will increase during the pre-Messianic period. And yet, we know that a pillar of Torah life is deference to the previous generation: “She’al avicha veyagedcha, zekenecha v’yomru lach – Ask your father and he will tell you, your elders, and they will inform you.” The fifth commandment has always been a cornerstone of Jewish life.

So how do we explain the level of chutzpah among us?

Let us try to answer this question with a thought experiment: Imagine we invited someone who lived 1,000 years ago to join the world of 200 years ago. Although he wouldn’t recognize anyone, the world itself would be familiar to him. Two hundred years ago, medicine was still practiced in a primitive fashion. Pneumonia was still life-threatening. Germs were still unknown. No field – physics, psychology, astrology, etc. – had undergone spectacular changes. There was still no electricity, no plumbing etc.

Now imagine we invited someone from 200 years ago to visit our world. He’d probably go… nuts! How could he manage? Nothing – really nothing – is the same. Technology has taken over. He would have no inkling how to successfully function, how to survive the kingdom of buttons, or the “reign of touch.” He would be at a total loss and, if asked, would probably wish to disappear.

Now let’s return to our question. Once upon a time, children of a typical, traditional family believed without a shadow of a doubt that their parents were “all-knowing.” They drew all their wisdom from their seniors and turned to them for enlightenment. And whatever knowledge the older generation possessed, they shared with the growing youth.

The youth, avid to learn, were happy to soak up the knowledge and pass it on to the next generation, who in turn, would transfer it to their progeny.

But then technology came and shook the world’s foundations. I’m not exaggerating in saying that technology has caused a revolutionary psychological shake-up. Who, after all, is asking whom for direction nowadays? Who needs to be guided step by step? Who feels lost, unable to manage on their own?

Certainly not the youth who were born into the technology world. They are the smart ones who proudly pat themselves on the back. They are the ones who master all the secrets technology hides from the older generation. They know the “ins” and “outs” of every little gadget, how to use recording devices, cellular devices, tablets – you name it.

And therein lies one of the deleterious effects of technology. Unaware of the maturity and wisdom that comes with age and experience, the youth today worship first and foremost their own achievements, resulting in a streak of diminished respect for their elders, to say the least.

It is crucial, though, to fight this phenomenon. The burning question is: How? Obviously there is more than one answer to this question. And perhaps being aware of the nature of the problem is in itself a step in the right direction.

I wonder, though, how much we address this topic lovingly and teach our children, not by chastisement or recrimination, but by friendly open-heart talks, relatable stories, etc. Perhaps the Shabbos table could be a place to captivate our precious children’s attention with discussions and anecdotes that carry the message we wish to convey.

In our home, the children are invited every Shabbos to present a scenario at the table – something they may have witnessed or heard over the week, a conversation between two friends, a teacher-pupil encounter, a bus driver’s remark to a passenger… you name it. (We, the parents, also make sure to have something prepared.) We stop each child midway through his presentation and ask everyone what the best or most respectable way to handle the situation would be.

A lively discussion usually ensues, and I can’t begin to describe to you how much the children benefit from this exercise. I highly advise you to try it out.

I also invite readers to share their impressions, opinions, or ideas regarding any of the above with me. 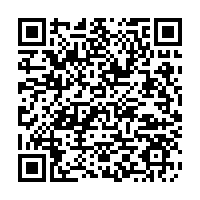