Even as we publish this article, the numbers are already out of date.

As of 8 AM Thursday, the Gazans fired 211 rockets at Israel in this round of fighting, 171 landed in Israel, and Israel’s Iron Dome anti-missile system intercepted 40 rockets, according to an 0404 report.

There have been a number of rockets alerts in the morning after 8 AM.

The IDF says it hit 140+ targets in Gaza, and Arab reports that an IDF tank hit a Hamas position in Rafah mid-morning.

11:49 AM Update: The IDF attacked 150 targets, 180 enemy rockets landed in Israel, and more than 30 rockets were intercepted, according to the IDF Spokesperson. 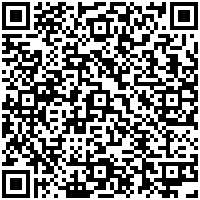