The Kli Yaakar (Rav Shlomo Efrayim Mi’Luntschitz, 16th-century Poland) extends this question by delving into the sequence of the Torah portions after the Ten Commandments appear in the portion of Yitro. It would seem logical that the Torah portion that appears first after the Decalogue would deal with those laws between man and G-d, and the portion that appears later would accentuate those laws between human beings. Yet the opposite is true. Immediately following the portion of Yitro where the Decalogue first appears, we read Mishpatim, which deals with laws regarding relationships between people. The portions that appear later, namely Terumah and Tetzaveh, deal with the laws connected to our relationship with G-d, including the building of the Tabernacle and the role of the priests and a description of their garments. One would have expected the order to be reversed, with those portions dealing with our relationship to G-d be explained first.


This leads the Kli Yaakar to conclude that obviously, the laws relating to relationships between people are more important because their explanations appear immediately following the Decalogue. But why is this so? Shouldn’t those mitzvot that describe our relationship to G-d be considered more important?

The answer lies in how the human being was created by Almighty G-d as related in the Torah, in the portion of Bereishit. There G-d placed His heavenly image upon the human being. Man was given a piece of his Creator so that he too resembled Almighty G-d. Man evolved essentially into a being that was a combination of animal – with instincts no different than any creature in the animal kingdom – and of G-d, with creative abilities resembling those of Almighty G-d, a “nefesh Elokim.” Thus when we relate to people, we are also in essence relating to Almighty G-d; hence the laws governing human relationships appear in the Torah as first and primary.

But what is this godly trait that was infused into the human being? It is the power of speech.

Recently I attended a wedding where I sat next to my teacher and friend Rav Rimon from Alon Shvut in Israel. After the groom recited the words “Harei at mekudeshet li” (“You are hereby consecrated to me”) to his bride under the chuppah, I turned to Rav Rimon and said: “What just happened here is amazing! By just reciting a few words, everything that was forbidden before the marriage is now permitted. By saying words, we have created a new world just as Almighty G-d did when he created the world.”

The recitation of words impacts many times our performance of mitzvot. On Erev Pesach, we annul all the leaven that is in our possession by uttering words. When a man divorces his wife, he must proclaim this separation using words. When we say the formula for allowing us to prepare from Yom Tov to Shabbat, we do so using words. When one marries, the simple declaration of words changes the forbidden to the permissible. Our words are so powerful that they have the potential to create worlds or destroy them.

The obvious conclusion therefore is that since our words are godly, and inherent in them is the ability to build or devastate, then we must be extra diligent and mindful about what we say and how we say it. This is why the Torah is so focused on the sin of slander, or making statements in public or private that would embarrass another person. This is also the reason why we must be so vigilant about how we speak and what we say when we are in the synagogue. There is a time for conversation and there is a time for prayer. One precludes the other.

Today especially, with the advent of social networking, we are keenly aware of the strength of our words. Therefore, we must take responsibility for how we speak and what we write, and the consequences of our words. Our Sages comment: “Life and death are in the utterance of our words.” Our charge and responsibility is to be cognizant of this godly power that has been entrusted to us, and to restrain and weigh our words at all times. 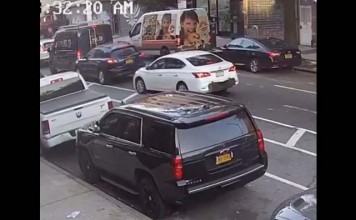 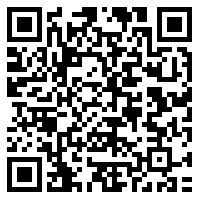