When brothers Shimon and Rubin Kolyakov launched TorahAnytime in 2007, their goal was to bring a wealth of knowledge to Jews by making Torah classes available, any day, at any time. Starting with CDs before progressing to videos and the Internet, they envisioned giving people the ability to review shiurim by a multitude of speakers as often as they wanted, even if they couldn’t attend the lectures in person.

But never in their wildest dreams did they imagine that their organization would become a lifeline to an extraordinary Monsey rabbi whose unprecedented battle against Amyotrophic Lateral Sclerosis, also known as Lou Gehrig’s disease, would defy the odds and astound doctors.

Rabbi Avrohom Dovid Weisz was just 31 years old when he was diagnosed with ALS in 2005. Significantly younger than the typical ALS patient, Rabbi Weisz and his wife Ruchie, who was then expecting the couple’s sixth child, were told that his life expectancy was a year, maybe 15 months if he was lucky. Stunned by the devastating diagnosis, the Weiszes, Viznitzer chassidim, returned home. It took Rabbi Weisz just three days to decide that he would live life on his own terms.

“My husband decided to change his diagnosis by redefining ALS,” said Mrs. Weisz. “From now on ALS would stand for ‘Always Live Smiling.’”

Rabbi Weisz was in yeshiva and working towards his CPA when he received his diagnosis. Using his analytical mind, he told his wife he understood why ALS had been a death sentence for Lou Gehrig.

“Gehrig’s whole life had been about baseball, but our lives are dedicated to learning Torah,” said Mrs. Weisz. “Our lives are ki heim chayeinu v’orech yameinu – Torah is our lifeblood and he intended to keep learning Torah, even with ALS.”

Having spent significant amounts of time researching ALS, Rabbi Weisz realized that while the rest of his body might deteriorate, his eyes would continue to function.

“He told me that our lives would be v’haer eyneynu b’sorasecha, an existence illuminated by the study of Torah,” said Mrs. Weisz. “He warned me that we were heading out to the battlefield, but we were going to be strong soldiers and we were going to do it.”

That spirit of positivity would sustain the Weisz family through the months and years ahead. Rabbi Weisz ordered a wheelchair while he was still able to walk, so that if his mobility would become compromised, he would be, quite literally, ready to roll. Rather than looking at his wheelchair as a symbol of his declining health, he jokingly referred to it as his throne. And when Rabbi Weisz was no longer able to swallow, he called it a positive development, announcing that it gave him more time to learn Torah.

Over the last 13 years, Rabbi Weisz has devoted his entire existence to his learning, and as his mobility and muscular strength began their inevitable decline, technology took up the slack. For the first nine years of his illness he relied heavily on his computer, at one point saying that he wanted to meet Mary Maxwell Gates so that he could thank her for giving birth to the man who created Microsoft. When his movements became further limited, Rabbi Weisz began using a computer that picked up his eye movements, later transitioning to specialized Hebrew and English charts that allowed him to communicate with his eyes, choosing letters of the alphabet, one by one. Far from letting his hardships slow him down, Rabbi Weisz has eight chavrusas daily and is about to complete his second pass through Shas using just his eyes, his first siyum having inspired many others to take up Daf Yomi. He is part of the daily Dirshu program and takes all of the scheduled tests, deliberately avoiding a perfect score, something his wife said he does to sidestep ayin hara.

Through it all, Rabbi Weisz has continued to amaze doctors. In one instance, Rabbi Weisz was in Columbia University Medical Center’s intensive care unit and, despite being placed in isolation, his chavrusas were allowed to visit, his doctor saying “they are keeping him alive.” In another instance a doctor making his daily rounds described Rabbi Weisz as someone who had been very sick with ALS for many years.

“We had a computer hooked up and my husband wrote with his eyes, ‘I’m not a sick man. I just have a sick body,’” said Mrs. Weisz.

While the medical community had long thought that ALS does not weaken patients’ eyes, they are only now discovering the difficult truth.

“No one ever knew that the eyes are ultimately affected because no one ever lives that long with ALS,” explained Mrs. Weisz. “My husband was heartbroken because all he does is learn and how could he do that if he couldn’t see? For a while we had nurses keeping his eyelids open, but his eyes became so dry that it was painful.”

The Weiszes traveled to Miami where a renowned surgeon placed scleral lenses in Rabbi Weisz’s eyes to keep them open, something that had never been done before with an ALS patient.

“He was crying, begging them, writing with his eyes, ‘keep my eyes open so I can learn Torah,’” said Mrs. Weisz. “The doctor told me ‘I have been looking into eyes for 42 years and I can tell you that these are holy eyes.’ I told him ‘Of course they are holy eyes. All they do is study the Torah and the Talmud all day long.’”

In addition to having 60 people daily in their in-home shul, where Rabbi Weisz still corrects the baal korei if he makes a mistake while reading from the Torah, the Weiszes have a constant stream of visitors who come to be inspired, to learn with Rabbi Weisz and to receive his blessings.

“Yeshivos come here,” noted Mrs. Weisz. “Rabbonim come here; everybody, every rov. I had to hire my nephew as his personal secretary because we have people coming the whole day and the whole night. My husband is always learning, day in and day out and he is happy. His neshama is happy. You can actually feel the happiness and it is electrifying. People who come here heartbroken walk away with chizuk.”

In between chavrusas, Rabbi Weisz immerses himself in the world of TorahAnytime, a 72-inch screen making it seem as if the magid shiur is physically present in the room. The Weiszes download shiurim from TorahAnytime whenever they have to travel so that not a single moment is wasted.

“Our home health aides know that if they pause a shiur, they have to restart it at exactly the same point so that he doesn’t miss a single word,” said Mrs. Weisz. “It literally keeps him alive.”

It was an emotional night when Reuven Kolyakov and Yosef Davis of TorahAnytime paid a personal visit to the Weisz home several weeks ago. Rabbi Weisz signed “thank you for coming” with his eyes, his sons placing his hands on his visitors’ heads in order to give them a bracha.

Kolyakov was visibly moved by his meeting with Rabbi Weisz, noting that running TorahAnytime is an extremely time-consuming endeavor.

“Many times throughout the years I have been tempted to stop because it is so much work, but I can tell you now that everything was worth it,” Kolyakov told Rabbi Weisz. “You have given us so much chizuk and the energy to keep on going. I don’t know if I have ever been so inspired in my life.”

Kolyakov accepted several suggestions from the Weisz family, vowing to do his best to implement them. Thanking the TorahAnytime representatives for coming to visit, Mrs. Weisz told the two men “you are mamash family now.”

In addition to having far outlived doctors’ predictions, Rabbi Weisz bears yet another important distinction from the medical perspective: the only full-blown ALS patient who can smile. While doctors may not be able to explain that phenomenon, the answer seems clear to Mrs. Weisz.

“It takes between 14 and 17 muscles to smile,” observed Mrs. Weisz. “He hasn’t been able to take a sip of water or have a bite of food for 13 years, but my husband can still smile because, to him, ALS is Always Live Smiling. This is a neshama, not a body, a neshama that serves Hashem with such simcha and such ahava and is so happy to be able to just learn and learn and learn.”

TorahAnytime records and uploads 250+ original video and audio classes every week and makes them accessible to you, for free, through the website, mobile apps (Android + iOS), and phone learning system. Visit www.torahanytime.com or call 641-552-5300. 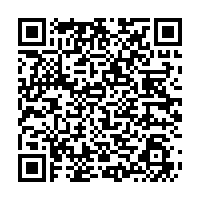