New York City public school students at the elite Beacon High School in Manhattan were urged to observe a moment of silence last week in a tribute to Gazans who died while clashing with Israeli soldiers.

The only problem is, the students were being asked to honor a bunch of vicious terrorists who died while attempting to kill Israelis as “victims of violence in Gaza.”


Beacon H.S. principal Ruth Lacey did not return a request by the NY Post for comment about whether she sanctioned the Gaza tribute, which was made by a student.

But since the student was allowed to carry it out, and the announcement was school-wide, the action speaks for itself.

Zionist Organization of America president Morton Klein called the tribute “disgraceful” and said his group would send a letter to the school demanding an apology.

The announcement was made Tuesday morning following a Hamas-led attempt by some 50,000 Gazans to storm and break through the security fence along the border with Israel in order to attack residents in nearby Jewish communities.

Some of the school’s students – and their parents – expressed outrage over the incident, and were asking why a public school was entering the Israeli-Palestinian Authority conflict in the first place, let alone with an anti-Semitic slant.

One Jewish father told the NY Post, “I am extremely upset because I did not send my child to a New York City public school to pray for Hamas operatives.”

The mother of another student, also Jewish, said, “I just don’t think any school should be promoting a moment of silence for terrorists. What if it was Islamic terrorists in ISIS? No school would be having that over the loudspeaker.”

IDF soldiers specifically aimed their gunfire at terrorists who were attempted to infiltrate through the security fence, plant explosives, and or damage the security infrastructure.

Of the 60 Gazans who were killed, 50 were confirmed as members of Hamas by the terror group itself. The allied Palestinian Islamic Jihad terrorist group also claimed several of the dead as members. 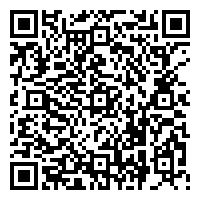