Friday evening: Kabbalas Shabbos and the usual Maariv tefilla with inclusion of Ya’aleh VeYavo in the Shemoneh Esreh. If one forgot to say Ya’aleh VeYavo – at Maariv only one does not repeat. (The Shulchan Aruch, Orach Chayyim 422:1, based on Berachos 30b, explains this as due to the fact that we do not sanctify the new month at night – and this rule applies even when Rosh Chodesh is two days.)

Shabbos morning: Shacharis is usual Shabbos tefilla with inclusion of Ya’aleh VeYavo in the Shemoneh Esreh as well as in the chazzan’s repetition, followed by half-Hallel, Kaddish Tiskabbel. We remove two Torah scrolls from the Ark and in the first we read the weekly portion of Re’eh and call seven Aliyos. We then call the Maftir and read from the second Sefer Torah in Parashas Pinchas (Bamidbar 28:9-15). We then read the Haftara, Hashamayim Kis’i (Yeshayahu 66:1-24). We say Yekum Purkan, we do not say Av HaRachamim, nor is there Hazkaras Neshamos, but we continue with Ashrei. We return the scrolls to the Ark and the chazzan says half-Kaddish.

Mussaf: Instead of Tikkanta Shabbos we substitute Ata Yatzarta and in the Korbanos (sacrifices) we mention both Shabbos and Rosh Chodesh; after chazzan’s repetition, Kaddish Tiskabbel followed by Ein K’Elokeinu, Aleinu, Shir Shel Yom and Borchi Nafshi and their respective Kaddish recitals (for mourners). Nusach Sefarad say Shir Shel Yom and Borchi Nafshi after Shacharis.

Mincha is usual Shabbos tefilla. We include Ya’aleh VeYavo in the Shemoneh Esreh. We do not say Tzidkas’cha.

Motzaei Shabbos (2nd day Rosh Chodesh) Maariv: We add Ya’aleh VeYavo. At Maariv only, one does not repeat the Amida if he forgot to say Ya’aleh VeYavo (Shulchan Aruch, Orach Chayyim 422:1, based on Berachos 30b, which explains that this is due to the fact that we do not sanctify the month at night). Following the Shemoneh Esreh, the chazzan recites half Kaddish followed by Vi’Yehi Noam v’Ata Kadosh, Kaddish Tiskabbel followed by Aleinu, Kaddish Yasom. Kiddush Levana at first opportunity.

Sun. morning (2nd day Rosh Chodesh): Shacharis with inclusion of Ya’aleh VeYavo in the Shemoneh Esreh, half Hallel, Kaddish Tiskabbel. We take out one Sefer Torah. We read in Parashas Pinchas (Bamidbar 28:1‑15), we call four Aliyos (Kohen, Levi, Yisrael, Yisrael), the Baal Keria recites half Kaddish. We return the Torah to the Aron, and continue with Ashrei, U’va LeTziyyon – we delete Lamenatze’ach. The chazzan recites half Kaddish; all then remove their tefillin. (Other minhagim are to remove the tefillin before the half Kaddish recital – see Mishna Berura, Orach Chayyim 25:59.)

We start to sound the shofar from the second day of Rosh Chodesh at the conclusion of Musaf, and at the conclusion of the Shacharit Tefilla on subsequent days for the entire month of Elul. We then say LeDavid Hashem Ori (Psalms 27), morning and evening, until Shemini Atzeres. We start reciting that psalm only after Shacharis but not after Ma’ariv the night before. The Sephardic and Oriental communities also start the recital of Selichos. (Minhag Ashkenaz is to start from the Saturday night that is not less than 4 days before Rosh Hashana, this year, on September 21.)

Mincha: In the Shemoneh Esreh we say Ya’aleh VeYavo, which we also add to Birkas Hamazon as well as mention of Rosh Chodesh in Beracha Acharona (Me’ein Shalosh) at all times. 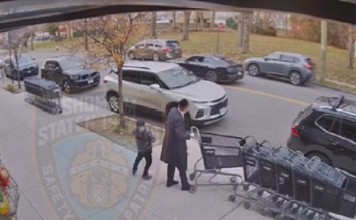 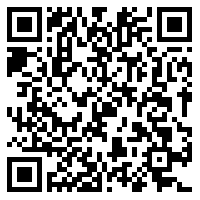