This Shabbos is Parashas Zachor. At Shacharis some say Yotzros in the Reader’s repetition. We take out 2 Sifrei Torah. In the first we read the weekly Parasha of Tetzaveh and call up seven Aliyos. For Maftir we read from the second Sefer in Parashas Ki Tetzei, from Zachor until the end of the Parasha. This Torah reading is DeOraisa. We don’t say Hazkaras Neshamos and Av Harachamim, nor do we say Tzidkasecha at Mincha.

This Motzaei Shabbos [the early hours of Sunday] at 2:00 am we move forward the clock as we resume Daylight Savings time.

This Monday is Ta’anis Esther – the fast begins at dawn, 6:04 a.m. NYC E.D.T. Those who experience any problems fasting, see Shulchan Aruch, Orach Chayyim 686:2 – Rema – for leniencies in this regard. Nevertheless, it is always preferable to ask a competent Orthodox rabbi for a ruling. We conclude the fast after the reading of the Megilla [or at the earliest 7:27 p.m. NYC, E.D.T.].

Purim starts Monday evening – Maariv as usual with Al Hanissim added after Modim, before Ve’al Kulam. [We also add Al Hanissim in Birkas Hamazon on Purim.] Following the Shemoneh Esreh the chazzan says Kaddish Shalem with Tiskabbel. We then take out the Scroll of Esther. The Baal Keriah spreads out his Megilla completely, folding it over and over, and he says the three blessings: Al Mikra Megilla, She’asa Nissim and Shehecheyanu. At the conclusion of the reading the Baal Keriah says Harav es rivenu, the congregation then says Asher heini and Shoshanas Yaakov. Kaddish Shalem (no Tiskabbel), Aleinu.

Tuesday morning, Shacharis – As at night, we add Al Hanissim in the Shemoneh Esreh. In the repetition we say Krovetz le’Purim, no Tachanun, half-Kaddish. We take out a Sefer Torah and we call up three people. We read from Vayavo Amalek in Parashas Be’Shalach until the end of the Parasha – half-Kaddish. After returning the Torah scroll to the Ark we again take out the Megilla and the Baal Keriah recites the same three blessings as at Maariv. It is also customary to announce that all should have in mind, during the recitation of Shehecheyanu, the other mitzvos of Purim – Mishlo’ach manos and Seudas Purim (see Mishna Berura, Orach Chayyim 692:1). We read the Megilla (we do not remove the Tefillin until the Megilla has been put away and the conclusion of Tefilla). At the conclusion of the reading, the Baal Keriah recites Harav es rivenu and the congregation then says Shoshanas Yaakov. We give mishlo’ach manos: two portions to at least one person (preferably readily edible foods). We give matanos la’evyonim – a minimum of one matana – to each of two poor people, but one who gives more is praised. At Mincha we also add Al Hanissim. The Seudas Purim must start while it is still day, and we set a festive table with meat and wine. We say Al Hanissim in Birkas Hamazon even if the seuda concludes at night. Wednesday is Shushan Purim – no Tachanun or La’menatze’ach. 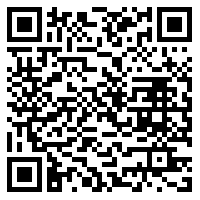