Unique to this year when Erev Pesach is on Shabbos, the firstborn fast on Thursday. They may eat if they attended a siyum celebration. The search for chametz is also conducted Thursday night (see last week’s luach).

Friday: Though it is a day before Erev Pesach, we treat this day as if it were Erev Pesach in regard to the disposal of chametz. Though we may sell it all day, we are accustomed to do so before the end of the fifth hour (11:45 a.m. NYC E.D.T.), when we burn the chametz (as we would do in other years).

We sell all the remaining chametz, including that which might be stuck to utensils (but not the utensils themselves). It is customary for those in need of an eruv chatzeros (to enable them to carry in communal and joint driveways and courtyards) to make this eruv every year on Erev Pesach, putting aside a matza for this purpose.

Though we have thoroughly cleaned for Pesach before Shabbos, disposing of all chametz, we leave aside challos for each of the Shabbos meals. According to the Kitzur Shulchan Aruch (115:4) it is preferable to arise that morning at an earlier time for the tefillos in the synagogue in order to have the two daytime meals before the time that one must finish eating chametz (NYC 10:29 a.m. E.D.T.). One then disposes of any leftover chametz – flushing it down the toilet is the best means – by 11:45 a.m. NYC E.D.T., the time of biur chametz. If one cannot eat both meals before that time, the seuda shelishis may be fulfilled by eating fruit and vegetables.

Others who wish to have no chametz whatsoever around substitute egg matza for challah (Aruch HaShulchan, Orach Chayyim 444:4-5) and use Pesach utensils. However, this scenario requires one not to consume egg matza for the third meal, unless it is eaten in the morning after the first meal. When eating it later in the day, one must substitute fruit and vegetables. However, one must take care not to eat too much at this meal lest there be no appetite for the Seder meal.

This Sabbath is Shabbos Hagadol. Many congregations say the Yotzros of Shabbos Hagadol in the Reader’s repetition of the Shacharis Amida. We do not say Av Harachamim nor are we Mazkir Neshamos. It is customary on this Shabbos afternoon to recite the Haggada from “Avadim hayyinu” until “Le’chapper al avonoseinu.” It is a Minhag Yisrael (Magen Avraham, Orach Chayyim 429:1) for the rabbi to deliver a special sermon, the Shabbos Hagadol Derasha, combining Halacha and Aggada as they relate to the laws of Pesach.

Shabbos concludes no earlier than 7:57 p.m. NYC E.D.T. When we light candles, we recite the blessings Le’hadlik Ner Shel Yom Tov and Shehecheyanu. Women, who generally do not attend synagogue for the Maariv service on Motza’ei Shabbos but wish to begin Yom Tov preparations, should first recite Baruch Hamavdil Bein Kodesh l’Kodesh without the Holy Name (Shem u’Malchus).

On Motza’ei Shabbos we recite the usual festival tefilla of Maariv with inclusion of VaYedabber Moshe before the Amida, and Kaddish Tiskabbel at the conclusion. (Nusach Sefarad include the whole Hallel both evenings – 1st and 2nd night – with a beracha). Congregations that recite Kiddush in the synagogue on Friday nights do not do so these two evenings; instead, all wait to recite Kiddush at the Seder.

At home, both evenings, we recite the Kiddush of Yom Tov (the first evening, Motza’ei Shabbos, we include the Havdala) and Shehecheyanu on the first cup of wine and we continue with all the Seder ceremony, the dippings, matza, maror, Mah Nishtana, Haggada, three additional cups of wine, Afikoman etc.

In Kerias Shema at bedtime – these two evenings only – we say only the blessing of Hamappil and Kerias Shema (the first parasha). We delete the other related tachanunim as this evening is leil shimurim, when we are subject to special Divine protection.

Sunday morning: Shacharis for Festivals with Festival Amida. Some say the Yotzros as found in the Machzor, followed by whole Hallel, and we then remove two Sifrei Torah from the Ark; we recite the 13 Middos, Ribbono shel Olam, Brich Shmei, etc. In the first Sefer we call five Aliyos, we read in Parashas Bo (Shemos 12:21-51) from “Vayikra Moshe, Mish’chu” … until … “Tziv’osam”. In the second Sefer we call the Maftir and we read in Parashas Pinchas (Bamidbar 28:16-25), “U’Vachodesh Harishon” until “Kol meleches avoda lo sa’asu.” We read the Haftara in Yehoshua (5:2-6:1, 6:27) “VaYomer Yehoshua.” In the blessings of the Haftara we mention the Festival (we omit Kah Keili).

Musaf: The chazzan dons the kittel and intones the half Kaddish to the special Nusach for Tal. Some have the gabbai announce Morid HaTal before the silent Shemoneh Esreh and thus Mashiv Haruach Umorid Hagashem is not recited from this point. (Others do not announce it before the silent Shemoneh Esreh and thus they stop saying Mashiv Haruach from the Mincha tefilla and on). The chazzan recites the prayer for Tal (dew) in a nusach similar to Yamin Nora’im. The chazzan then continues with Kedusha, and after Retzeh we recite Ve’se’arev. The Kohanim duchan (as it is not Shabbos, with Ribbono Shel Olam tefilla included). We conclude the service as usual.

Sunday evening: Candle lighting is delayed until the first day of Yom Tov has concluded. We then bless Le’hadlik ner shel Yom Tov and Shehecheyanu. Some wait as long as 72 minutes after shekia to light the candles while others light as early as an hour after sunset (N.Y.C. 8:16 pm E.D.T.). At that time we are allowed to begin the cooking preparations for the seuda of Yom Tov Sheni.

We delay Maariv as well in order to begin the counting of Sefiras HaOmer; otherwise Maariv is the usual Festival text (Nusach Sefarad add whole Hallel at the conclusion of the Shemoneh Esreh). We count the Sefira, preceded by the blessing …al Sefirat HaOmer. At home we repeat all of the Seder procedure as on the night before (but no Havdala).

Monday morning: Shacharis of Festival/Shalosh Regalim like the preceding day. Some say the Yotzros as found in the Machzor. We remove two Sifrei Torah from the Ark. In the first we call five Aliyos and read from Parashas Emor (Vayikra 22:26-23:44), “Shor o kesev” until “Mo’adei Hashem el Bnei Yisrael.” We place both Torah scrolls on the Bimahand the Reader recites half Kaddish. We then call the Maftir to read in the second Sefer in Parashas Pinchas (Bamidbar 28:16‑25) from “U’Vachodesh harishon” until “Kol meleches avoda lo sa’asu.” We recite the Haftara (II Kings 23:1-9, 21-25) from “Vayishlach Hamelech” until “Vayetzav Hamelech” (we delete 12 verses) and conclude with “Lo kam kamohu.” We conclude with Musaf of Festivals and the Kohanim duchan.

Mincha is the usual Festival prayer.

Tuesday morning, 1st day Chol Hamo’ed, Shacharis: some don tefillin and others do not, each according to his custom – but without a beracha – and yet others recite the blessing in a whisper (see Rema, Shulchan Aruch, Orach Chayyim 31:2; also Mishna Berura ad loc.s.v. She’ein Mevarchim for advisable procedure). In Pesukei De’zimra we omit Mizmor LeToda. Usual weekday Shemoneh Esreh with Ya’aleh VeYavo, and in chazzan’s repetition we say Ya’aleh VeYavo again. We then say half Hallel followed by the chazzan reciting Kaddish Tiskabbel. We remove two scrolls from the Ark; in the first we call up three Aliyos and read in Parashas Bo (Shemos 13:1-16) from “Kaddesh li kol bechor” until “Hotzianu Hashem mimitzrayim.” For the fourth Aliyah we read from the second scroll in Parashas Pinchas (Bamidbar 28:19-25) from “Ve’hikravtem” until “Kol meleches avoda lo sa’asu.” We put down both Torah scrolls and the Baal Keriah says half Kaddish. We return the scrolls to the Ark, recite Yehallelu etc. We then say Ashrei, Uva LeTziyyon, half Kaddish.

Maariv is usual weekday tefilla with inclusion of Ya’aleh VeYavo in the Shemoneh Esreh. At conclusion, Kaddish Tiskabbel, Aleinu and Kaddish Yasom and counting of the Omer.

Wednesday morning: 2nd day Chol Hamo’ed, the tefillos are the same as on the 1st day, with the exception of the Torah reading. We call up three Aliyos in Parashas Mishpatim (Bamidbar 22:24-23:19), from “Im kesef talveh” until “Lo tevashel gedi ba’chalev immo.” All other tefillos as yesterday.

Thursday morning: 3rd day Chol Hamo’ed, tefillos are the same as yesterday, with the exception of the Torah reading. We call up three Aliyos in Parashas Ki Tissa (Shemos 34:1-26) from “… pesol lecha…” until “… lo tevashel gedi ba’chalev immo.” All other tefillos as yesterday. 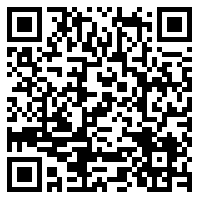