Rabi Meir was accustomed to remaining in shul each morning until every person left. He was usually the last person to leave. One day, he davened very fast and left very early. Walking outside, he thought to himself, “Why did I leave early? Is it possible that G-d ordained it so that a miracle may occur through me today?”

While he stood meditating, he saw two snakes crawling. Rabi Meir understood the language of animals and creatures. He paused momentarily and heard one snake ask the other, “Why are you hurrying?”


“I am fulﬁlling a command of G-d. I have been sent to kill the entire family of Yehudah Hensusi.”

“I have heard it said,” answered the ﬁrst snake, “that this Yehudah never gave a penny to charity nor did he ever help a poor person. Therefore, he and his family have been condemned to death.”

Hearing these words, Rabi Meir hurried away to the home of this Yehudah Hensusi. “Perhaps there is still time to save him,” he thought. Disguising his appearance, Rabi Meir reached Yehudah’s home and knocked on the door. “Please help a poor traveler who is very hungry,” he said.

When the man’s sons saw this poor man, dressed so shabbily, they chased him away. Rabi Meir waited until the family sat down to eat. He again knocked on the door and said, “Please, let me in; it is so cold outside.”

The family ﬁnally agreed to let him in. Watching them eat, Rabi Meir took a loaf of bread and gave it to Yehudah and said, “Please take this bread from me, give it back to me and say, ‘Here is charity for you.’”

“What nerve,” shouted Yehudah. “We let you into our house and now you practically demand bread from us!”

Realizing that time was of essence, Rabi Meir removed his disguise and told them that he was the famous sage, Rabi Meir.

When the family saw that it was Rabi Meir, they all felt ashamed and begged him for forgiveness. Yehudah then took the loaf of bread and gave it to Rabi Meir, telling him it was for charity. Rabi Meir then revealed the reason for his coming.

“Fear not,” said Rabi Meir. “I have a plan to save you. Send your wife, sons and daughters to relatives out of town, and you and I will remain in this house overnight.”

The man complied. A few hours later, Rabi Meir saw the snake entering the garden of his host. “What are you doing here?” asked Rabi Meir of the snake.

“I am fulﬁlling a mission for G-d,” said the snake. “I have been ordered to kill Yehudah Hensusi and his family because they never gave charity.”

That is not true,” answered Rabi Meir. “Only this morning they gave me food and they promised me lodging for the night. This is an act of charity; therefore, you have no power over them. I order you out of this garden, and you dare not enter this home.”

Rabi Meir chased the snake away and then called Yehudah into the house and said, “Lock this door and do not open it until tomorrow, regardless of any noise you may hear during the night.”

When the snake saw that it couldn’t accomplish anything, it cried out, “Woe is to me that the Heavens above issued decrees and the pious people below nullify them.” Realizing that he couldn’t fulfill his mission, he choked himself to death.

The following morning, Rabi Meir called to Yehudah and they both walked out of the house. Near the doorway they saw the dead snake. “This is what caused all the noise last night,” Rabi Meir explained. “Your one good deed, which you did last night, saved your life.” 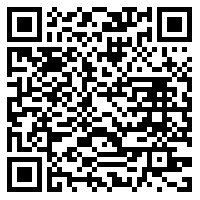