There are certain mitzvos that all civilized people can understand and appreciate. One such mitzvah is that of honoring one’s parents. While there are certain specific particulars that are distinctly Jewish, the general concept is one accepted by non-Jews as well. Indeed, when the Talmud sought to find an example of one who observed this mitzvah in its proper form, it selected a non-Jew by the name of Dama ben Nesina.

Dama ben Nesina was a noble man greatly admired for his wisdom and prowess. It so happened that the elders of his city gathered together for an important meeting and asked him to come and advise them.

When he arrived they immediately seated him at the front of the table and the discussion began. Unknown to Dama, however, his mother – unfortunately a demented woman who was not responsible for her actions – had followed him and burst into the chamber room.

Before the startled eyes of the people, she rushed at her son and began to beat and slap him. The noble Dama, with perfect respect, never raised his hand against his mother, merely pleaded: “Mother, have pity and allow me to take you home.”

When Chazal heard of his remarkable self-restraint and of the honor he afforded his mother, they proclaimed to all: “If you wish to understand how far the mitzvah of honoring one’s parents extends, come learn from Dama ben Nesina.”

Chazal had yet another occasion to admire the respect Dama ben Nesina had for his parents. It was during the time of the second Bais HaMikdash and the Kohen Gadol was garbed in his holy garments as specified in the Torah. There arose a need for a precious stone to be placed in his breastplate and it was said that Dama owned such a gem.

They hurried to his home and said, “Noble Dama, we have need of a precious gem for the Kohen Gadol and we understand that it is in your possession. We are prepared to give you 1,000 gold shekels for it.”

“I will gladly sell you the gem,” replied Dama. “Allow me to get it from the next room.”

Entering the next room, Dama saw that his father was fast asleep on the couch and one of his feet was resting on top of the chest in which the gem was contained. Dama was faced with the choice of awakening his father or losing the opportunity to sell the gem.

Making sure he did not awaken his father, he returned to the room where the Sages sat and said: “Learned leaders, I am afraid that I cannot sell you the gem.”

Thinking that he wished to get a higher price for the gem, they replied: “We must have the gem and we are prepared to offer you 10 times what we offered you before. Here are 10,000 gold shekels if you will let us have the gem immediately.”

“No, no,” protested Dama. “You do not understand. I cannot give you that gem because my father is sleeping on the chest in which it lies. I would not awaken him if you were to give me an entire household of gold and silver.”

At that moment, his father awoke from his sleep and entered the room.

Going into the other room, Dama got the gem and handed it to the men.

“Take back 9,000 of the money,” said Dama. “I originally agreed to sell it for 1,000 shekels. The reason why you added the rest was because I would not awaken my father. Heaven forbid that I should sell the honor and respect of my father for 9,000 shekels.”

The Almighty allowed Dama to go unrewarded. Next year, he was blessed with the birth of a perfect parah adumah among his cattle. The sages heard and hastened to buy it, for it was vital in the days of the Bais HaMikdash when the laws of purity were daily matters of practice.

They were so overjoyed that they paid Dama 10,000 shekels for it. When the people heard they said: “The duty of honoring one’s parents is truly great in the eyes of the Almighty. There did He bless Dama ben Nesina.” 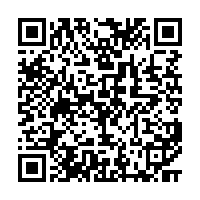