I was at a good friend’s wedding with a couple of other good friends and my son. It was a very chassidic wedding. When my friend and I wanted lo leave, we had trouble getting to the men’s section to tell her husband and my son, who were dancing. I had the idea to ask a young boy if he could go get them for us. We tried to explain that they were the ones who looked different from everyone else, and I thought it would be easy if I just showed him a picture of my son – it’s the background picture on my phone. But when I tried to show it to him, he turned away and shielded his eyes. “That’s not a kosher phone,” he said nervously. I tried to tell him I just wanted him to look at the picture on the phone but he wouldn’t. It occurred to me to try and find his mother and congratulate her on her successful chinuch, but by then the two men had emerged.

A neighbor told me this story: There is a water lily pond in a nature reserve not far from where we live and she and her husband had gone there. When they got there they saw a father his children. His 12-year-old daughter had gone in to swim. My neighbor noticed that the girl seemed to be in distress and was fighting to get out of the lilies, but she wasn’t screaming so the father hadn’t noticed. She immediately told her husband to go and rescue the girl, which he did. In the meantime, the father noticed what was happening, but being unable to swim, couldn’t do much. While he was trying to get at her, his kippah fell into the pond. When the girl was safely back on shore, and it they were sure she was alright, the father asked the husband if he could borrow his hat to wear – my friend’s husband was wearing a kippah under the hat. As the hat was a memento from an army exercise, he didn’t want to part with it: “I walked all night to get that hat,” he said. He offered the father his kippah. The father refused the offer as it was black and he wore a knitted kippah. As an aside, the neighbor told me that he was someone who was known in the public sphere and maybe that was the reason. After all, he couldn’t be seen wearing the wrong kippah. In the end, he took an article of one of his children’s clothing and put it on his head.


So much of our clothing, accessories and technological paraphernalia seem to define us and what we believe and value spiritually – yet, it should be the other way around. The boy at the wedding was too young to understand that I wasn’t trying to corrupt him and that nothing would happen if he just looked at my phone; I was just trying to show him a picture. The father, who should have focused simply on the fact that his daughter was okay, preferred to cover his head with a t-shirt then with a kippah whose color would misrepresent him – even though the owner of said kippah had just saved his daughter’s life.

We so often don’t see the forest for the trees and as it was for Macbeth, that could be a dangerous thing.

Many years ago, when a friend’s son was becoming bar mitzvah, he stayed one Shabbat with us so that he could have a meal with the distinguished rabbi of our congregation, who had invited him. Before serving, I asked him what hechsher he keeps. He said that when members of his family are guests at people’s homes, they eat whatever hechsher the hosts offer so as not to offend them. At home is a different story, but in keeping with ahavat Yisrael, they would respect their hosts (provided of course they were religious). I was so impressed with that attitude as I am almost afraid that when Mashiach does finally come, many people won’t want to partake of the meal in the Seudah shel Leviyatan if it doesn’t have the “right” hechsher.

I have no doubt that when Mashiach does come, his first stop will be the Kotel Plaza because it is there that, on any given day, you can see men of all ages with their arms around each other dancing; men with knitted kippot, men with black kippot, men with no kippot, men with shtreimels, soldiers and civilians, tourists and eighth generation Yerushalmis, Ashkenazim, Sephardim and Teimanim, people with kosher phones and people with fourth generation Iphones, dancing as one to the improvised music. And the song of ascent is Am Yisrael Chai. 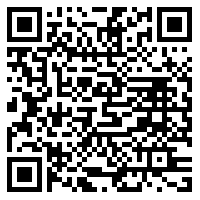