Once Reb Zundel built an amud with an enclosed closet for his tallis and tefillin. Reb Zundel would place his siddur or sefer on top of it and daven or learn while standing. Reb Zundel followed the advice of the Vilna Gaon, who advised people to daven only by reading from a siddur, and not by heart, for this way there is less chance of errors and one can concentrate better.

One day another member of the congregation saw the lectern and moved it over to his bench. Reb Zundel didn’t say a word to him; rather he waited until the man finished studying and then he moved the heavy shtender back to his bench. When this continued for a few days, Rabbi Zundel asked the scholar if he would be kind enough to return the lectern to its place when he completed his studies.

This person was hotheaded and exclaimed: “You mind your own affairs; I will do as I please!”

Reb Zundel was taken aback and humbly begged his forgiveness if he unintentionally insulted him. But the other man became abusive and angry and began to insult Reb Zundel. Reb Zundel ascended the pulpit and knocked on the table for attention.

In a crying voice he exclaimed: “Rabbosai! I have just insulted this scholar and I caused him to become angry. Therefore, in front of this congregation I humbly beg for his forgiveness and ask that he pardon me.”

Only then did the “scholar” forgive Reb Yosef Zundel.

Once while Reb Zundel was walking through one of the streets in Jerusalem, a merchant met him. Mistaking him for one of his competitors, the merchant began to scold and ridicule him.

Soon a crowd gathered to listen. When one of the people recognized the gaon, he attempted to interfere. Reb Zundel stopped him and allowed the man to continue his harangue.

That night Reb Yosef Zundel paid a visit to this merchant and begged him for forgiveness for causing him so much aggravation, even though he was the innocent victim. 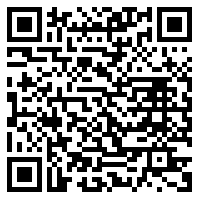