Among the great giants of Chassidism were two brothers, Rav Zusha of Hanipoli and Rav Elimelech of Lizhensk. But the apple does not fall far from the tree and the deeds of the father are lessons for the children. These two tzaddikim owed much of their character to their father, Rav Eliezer Lippa.

Rav Eliezer Lippa was a wealthy man who lived on the outskirts of Lvov. Throughout the area he was known as a man of great charity and also one whose house was continually open to the poor and guests of all kind.


It was also his custom, when he journeyed to other cities, to pick up every poor man he passed on the road and drop him off at his destination.

The story is related that Rav Eliezer Lippa was riding one day in his wagon and passing a poor man who was walking slowly, carrying a heavy sack. The good man’s heart was filled with pity at this sight and he stopped his wagon.

“I see that you are carrying a very heavy bundle,” said Rav Eliezer Lippa, “and you look quite tired. Please do me a favor and get into the wagon so that I may drive you to your destination.”

The Rav was very surprised and asked, “But why? The journey could take half the time if you went with me.”

“I know that sir, but if I walk I will be able to stop at each town and collect money.”

“I see,” said Rav Eliezer Lippa. “Tell me, approximately how much money do you think you can collect in the towns that lie between here and Lvov?”

The poor man thought for a moment and replied, “I would estimate that I certainly collect about twenty-five gold pieces, and I cannot afford to lose that sum by riding with you.”

“Nevertheless, I cannot bear to see you walking in the heat with that heavy burden. Here are the twenty-five gold pieces – the amount you would have collected by walking – and ride with me.”

“Believe me, I appreciate it,” said the traveler, “but I still think it would be better if I walked.”

Rav Eliezer Lippa was now completely dumbfounded. “I have just offered you the same money that you could make by walking to these towns. What prevents you now from riding in the wagon?”

“You see, I have been going for many years to these towns. I know the people and they know me. They expect me at a certain time every year. If I should now go with you in your wagon, they will surely that I met with some accident and they will worry. I wish to spare them that.”

When Rav Eliezer Lippa heard these words he said, “I appreciate your thoughts, but at least let me carry your heavy sack in my wagon. I will drop it off at the hotel in Lvov and leave it with the innkeeper. When you have finished with your collections and arrive in Lvov, it will be there waiting for you.”

Rav Eliezer was proud of being a Jew and never humbled himself before the lords of the area, as did many of the other Jews. He never lowered his eyes when speaking to them or flattered them needlessly. Because he behaved toward them with dignity, they respected and treated him on equal terms, which was rare in Eastern Europe.

Once, when Rav Eliezer Lippa was riding on his horse, he paused and alighted to allow his to rest. Continuing on his way, he decided to walk in front and lead the animal by the reins.

Coming from the other direction was a magnificent coach with four beautiful white horses and in it sat a Count who was a stranger to the area and did not know Rav Eliezer Lippa.

Commanding his coachman to stop the carriage, the Count stopped the rabbi and asked him in an imperious manner, “You, Jew, where are you from?” 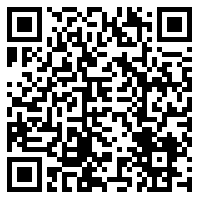