In the early 19th century, as the haskala began to spread throughout Europe carrying with it the seeds of the destruction of tradition, certain famous rabbanim arose as staunch defenders of Yiddishkeit. Among them was the great Rav Yaakov Loberbaum, the rav of Lissa.

Rav Yaakov, author of Ahavas Da’as on Yoreh De’ah and Nesivos Hamishpat, was born in Galicia and was a talmid of Rav Meshulam Igra.


While still a young man, his fame spread quickly and many communities wished for him to lead them. Rav Yaakov, however, refused to consider using Torah as a means of business. Upon his marriage, he had received a substantial dowry, which he gave to a trusted friend, who was also a successful merchant.

“I am giving you this money,” he said, “and ask that you invest it in all the business proposals you invest your own money in.”

The friend agreed and thus began a happy period in the life of Rav Yaakov. He sat day and night in intensive study and became one of the luminaries of his time. The money came in regularly and it was an ideal life for a scholar.

Little did he know that his merchant-friend had hit upon difficult times and he was on the verge of bankruptcy. So great was his admiration and love for Rav Yaakov, however, that he did not tell him and, instead, gave him his regular dividends at the expense of his other creditors. Finally, he was forced to declare bankruptcy.

When Rav Yaakov realized what had happened he immediately took all the dividend money he had received and hurried to the rav of the town.

“I cannot keep the money,” he stated, “when the other creditors are totally out in the cold. I ask you to please call a meeting of all the creditors and divide this money in proportion to the losses.”

Because of his stubborn honesty, Rav Yaakov was now a poor man and he was forced to accept a position as rav of the city of Lissa.

Rav Yaakov made a tour of the countryside and the small towns surrounding Lissa in order to get an idea of the life of the Jews in the area.

The story is told that, one winter day, he stopped at an inn to escape the bitter weather. While there, the shochet of the town came in, also frozen with cold.

No one knew, of course, that Rav Yaakov was the rav of Lissa, and the shochet sat down and asked, “Before I begin shechting I must warm up. Is there anything you can give me?”

The innkeeper immediately brought out a very strong whiskey and placed it in front of the shochet. The latter poured out a glass and downed it in one gulp.

“Just what I needed for this bitter weather,” he declared.

The declaration was swiftly followed by a second and third and a fourth glass. He was now more than properly warmed and he called out, “All right. Let us now begin work.”

Rav Yaakov approached the shochet and, with a smile on his face, said, “Excuse me. I would like to thank you for having solved for me a long-standing question that has bothered me from my youth.”

The shochet looked at the stranger in surprise and asked, “What do you mean?”

“All my life I have been bothered by this question. In the Chad Gadya that we say at the conclusion of the Seder on Pesach we find that the shochet kills the ox and is immediately killed in turn by the angel of death.

“This is most perplexing. After all, what has the slaughterer done that he is deserving of death? He has just fulfilled the mitzvah of shechita, he has pronounced the benediction of it. Apparently, all has been done according to halacha. Why then the punishment?

“Seeing your behavior has given me the answer. After all, Chad Gadya is said at the end of the Seder, after the four cups of wine that are obligatory have been drunk. The shochet has now slaughtered while he is under the influence of wine and this is the reason why he has been punished.”

Rav Yaakov, aside from his great scholarship, was a very clever and very good man. He hated to see anyone suffer and he used his keen mind to comfort those who were in pain.

Once, Rav Yaakov one went with Rav Akiva Eiger to the city of Warsaw on communal business. On Shabbos they attended one of the local shuls.

The people were in a great dilemma. They were honored and overjoyed to have two such gedolim in their midst but which of the two giants of Torah should be given Shelishi, the third reading in the Torah, which is a great honor.

After intense deliberations, the gabbai decided that they would give Rav Akiva Eiger Shelishi and Rav Yaakov Shishi, the sixth reading, which is considered a great honor among Chassidim.

Rav Akiva Eiger, being a modest person, was greatly distressed when he saw that he had been chosen over Rav Yaakov for Shelishi.

During davening he could not concentrate, thinking that Rav Yaakov might, in some way, feel slighted. While walking home together, Rav Yaakov noticed that Rav Akiva was in a solemn and depressed mood and did not meet his eyes.

He understood that Rav Akiva was disturbed over the fact that he had been slighted.

“I see that you are distressed,” said Rav Yaakov. “I assure you that you need not be.”

“Why?” asked Rav Akiva. “How can I help not being sad when the great Rav Yaakov of Lissa was slighted?”

“You need not worry about me being slighted. I am quite sure that the reason why you received Shelishi was not because the people considered you greater in learning than myself.

“You see, the city of Pozen, where you serve as rav is larger than the city of Lissa where I serve. The gabbai simply decided the order of being called up to the Torah on that basis.”

When Rav Akiva Eiger heard these words he felt greatly relieved and his spirits returned to him. 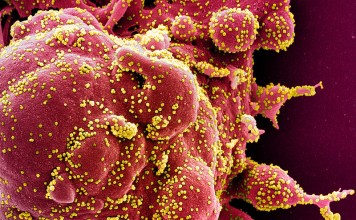 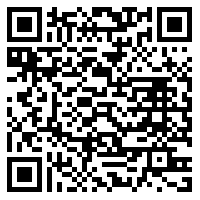