Every person, be he the son of a rav or the son of the humblest and most ignorant individual can, if he desires and works diligently at it, become a great scholar and put the magnificent crown of Torah on his very own head.


Indeed, this is the story of a man who became a great Tanna and whose father was not a great scholar; in fact he wasn’t even Jewish! It is the story of the great Onkelos, whose interpretation of the Torah every Jew is obligated to learn on a weekly basis.

In the days immediately following the destruction of the Second Bais HaMikdash, the ruler of Rome was the wicked Hadrian, who defeated and wiped out the army of Bar Kochba.

This evil man had a sister, who had a son named Onkelos. He lacked for nothing materialistic and could have lived the rest of his life, had he chosen to, in the luxury and laziness that dominated the Roman upper class life.

Onkelos, however, was unhappy. Something within his soul told him that his life was empty and lacking in the important things that make one’s existence meaningful. He began to research all the wisdoms and philosophies of the world, searching for an answer that seemed to elude him.

During his search, he was introduced to Judaism and it was as if a great light had been lit across his path. Excitedly he devoured the books and listened to the words of the Jewish scholars whom he engaged in conversation. Finally, he was convinced that this was the Truth for which he had been looking. He decided to become a Jew.

He approached his uncle Hadrian and told him of his choice.

The emperor could not believe his ears.

“What! You – a member of the royal house of Rome – embracing Judaism? There is no more miserable people alive, none more persecuted, than this race. Do not be a fool and sacrifice your noble past and glorious future.”

Onkelos, however, had thought very carefully about this great decision and nothing could persuade him to change his mind.

“I, too, am surprised, my uncle,” he said. “How can you call this noble race by such names? They are truly a wise and brilliant people. Even the youngest among them knows that the Almighty created the heavens and the earth and that He alone rules and moves all.”

Hadrian, seeing that his nephew was convinced, said:

“If so, let me advise you to go and study their Torah but do not enter into their covenant.”

“That is impossible. No one can understand and draw fully the greatness from their Torah unless he both learns it and also observes it.”

“I warn you. If you go through with your insane plan to become a Jew, your end will be sad and bitter.”

Onkelos then asked Hadrian for advice.

“Tell me, what is the merchandise that will bring me the greatest profit?”

“Seek for yourself,” said Hadrian, “that merchandise which few people are interested in selling. If you buy that, you will realize a great profit from your venture.” 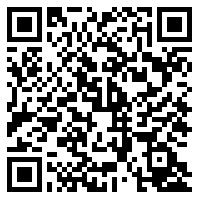