Only The Father Of Orphans, Defender Of Widows Can Judge…

I’m hoping you can knock some sense into my wife and her like-minded kin. Allow me to explain. We recently had occasion to be away for a Shabbos where a scene in the neighborhood’s local synagogue got my attention. A man who looked to be in his late thirties/early forties was guiding a little boy in saying Kaddish. My heart filled with pity for this child who had obviously suffered the tragic loss of a parent – his mom, I had assumed.

When I mentioned the incident later at the Friday night meal, I was a bit surprised to learn that the child had in fact lost his father and that the man guiding him was about to become his stepfather. Upon hearing that this boy’s father had passed away just a couple of months earlier and that his mother was about to remarry, my wife had a fit.

I tried reasoning logic with her; the young widow would gain nothing by sitting around and moping. Her husband wouldn’t be coming back any time soon and she needed to get on with her life. Her kids needed a dad, and their mom could certainly use a helpmate.

Things got really lively when my mother-in-law joined the fray. You know what they say about the apple not falling far from the tree… Seems that decades ago a close friend of hers had suddenly taken ill and passed on, leaving her bereft family and close friends reeling. Six months later the widower found himself another wife and moved on with his life. My father-in-law’s reaction then was much the same as mine now, while my mother-in-law had been beside herself at the callousness of a man who can so quickly replace his long-time devoted wife and mother of his children.

Things really came to a head when I calmly announced for all within earshot that should something happen to take me from this world prematurely, my wife was to have absolutely no hesitation in finding someone else to take my place.

Why are women so illogical at times? My wife is as intelligent and intuitive as they come, and yet I am sometimes left shaking my head in bewilderment.

Am I missing something?

You sure are… you’re missing the heart. Haven’t you ever heard that man doesn’t think or feel like woman who is prone to invest emotion in a way that most men cannot relate to? It’s not that males are unfeeling; it’s just that their brains function differently. Have you never noticed how your wife will recall all the sensitive, minute details of your first encounter (and many others since) – while you somehow manage to remember your nearly empty gas tank that you hoped wouldn’t give out before you dropped her off from your first date?

Scientifically speaking, neurochemicals in the brains of males and females travel divergent cerebral routes – resulting in the male’s tendency to be more impulsive and aggressive and less inclined to focus on his feelings and (shorter) memories, and the female’s proclivity to stay the course for longer periods of time, be more verbally expressive and much more sharply attuned to the nuances of the goings-on around her.

Whereas females are apt to analyze a situation from all angles, males lean toward practical solutions. This is not to disparage the male gender; in point of fact, a down-to-earth approach is often just what a situation calls for. And it would seem that in this instance the Torah is in accord, having mandated a 30-day mourning period for the loss of a spouse – the message therein being that he or she is to move on with life. 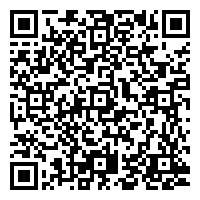