As Zemira threw herself and her infant into the path of the king’s carriage, the crowd shrieked. Hastily, the driver reined in the horses, and the hooves of the lead horse stopped barely inches from where the woman lay.

The king leaped from the carriage and, in a moment, was at Zemira’s side.


“What is wrong, my daughter? Why did you throw yourself and your child before my horses?”

Zemira raised her tear-stained face and looked into the eyes of the king: “Your Majesty, your servants have taken my husband, the gentlest man who has ever lived and brought him to the dungeon. They have accused him of the most terrible of crimes and say that they will sever his head. You must help me save him.”

When the king learned who her husband was, he looked at her sadly and said: “My dear young woman, I wish that I could help you, but if your husband is the criminal you speak of, there is nothing to do. He is indeed guilty of the crimes with which he has been charged.

“To begin with, his name is not Avinadav the son of Uziel from Chevron, but rather Raamyah the son of Yaktan. He left his father’s home and joined a band of robbers who plundered and stole.”

But Zemira would not allow the king to finish his words and she interrupted him, saying,

“Be that it may, I beg you to allow me to see my husband and comfort him during his last days.”

“Your request is granted,” replied the king.

The day after the festival of Sukkos, Zemira was brought to the dungeons. When she saw her husband’s his gaunt and sad face, she burst into tears.

“Do not weep, Zemira,” he cried, “forget me for I have shamed and tricked you and brought disgrace to you and your father’s house forever.”

“I will not forget you ever, for you are the husband of my youth,” declared Zemira.

“Let me tell you the story of my sad life,” he said, “so that you may raise our dear child to be a lover of Torah and the way of G‑d.

“My father was an officer in the army and he rarely home. Consequently, it was my mother who raised and guided me.

“She loved me deeply and taught me to walk in the ways of the Lord. The first 15 years of my life were spent in joy and tranquility. Alas, my beloved mother passed away and my father married a woman who was as evil as my mother was good. She hated me bitterly and made my life one of torture and suffering.

“Because of this I wandered about and found friends in similar situations who were also unhappy and I began to hang out with them. My stepmother would tell my father that I was becoming friendly with these boys and he forbade me to see them. I was very frightened of my father and I, of course, obeyed. But this was not enough for my stepmother. She would tell my father lies about me. The one day she said that either I leave or she would.

“My father drove me from my house. Where could I go if not to the friends that I had made?

“One day one of my companions said, ‘I e have heard that there are bands of men who roam the countryside and prey on wealthy merchants, taking their money and property. Why should we be foolish and not join them?’ 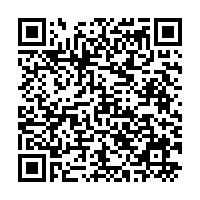