Everyone loves biting into a crispy potato latke. That first bite is sinfully delicious. However, by night number three we are bored of the standard combo of latkes and applesauce. Spice up the traditional latke with these easy, no fuss recipes.

It starts off with a potato latke.  You add a layer of shredded BBQ chicken then top it off with a colorful serving of pomegranate coleslaw. The seeds add a pretty pop of color and fantastic tart crunch to the salad.

Spice up the original potato latke this holiday! Skewer bite-sized potato latkes together with a layer of creamy nacho sauce served on top.

Melt butter, then add flour and whisk together until well combined and a paste forms.

Add milk and whisk over a medium flame until sauce thickens. Add shredded cheese and continue whisking until cheese melts and sauce is smooth.

Pulse together in a processor until smooth. Optional: Add 2 jalapeno peppers without seeds for spice.

To serve: Plate latke skewers over sliced avocado and salsa with nacho sauce on top.

These are a personal favorite of mine! I love the sweet salty combo of latkes with maple syrup.

Place on lightly-greased baking sheet, spray with cooking oil and cook in oven at 350° for 25-30 minutes until chicken is cooked.

While the chicken cooks, prepare potato latkes and cook up in batches using a non-dairy waffle maker.

Plate cooked waffle latkes with baked chicken bites and hold together with a toothpick. 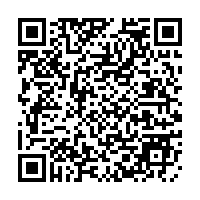