Once Rabi Yochanan ben Zakkai was traveling on the road, riding on a mule, while Rabi Elazar ben Arak was walking behind him.

Rabi Elazar said, “Master, teach me a chapter of the Maasei Merkava” (the mysteries of Creation and the Chariot as narrated in Yechezkel and other prophets).


Rabi Yochanan answered, “Did I not teach you that we may not discuss the works of the Chariot with only one person, unless he is a sage and understands of his own knowledge?”

“Master,” said Rabi Elazar, “permit me then to say something.”

Rabi Yochanan immediately dismounted from the mule, wrapped himself in his tallis and sat down on a stone beneath an olive tree.

When Rabi Elazar saw him dismount, he asked, “Master, why did you dismount?”

Rabbi Yochanan answered, “Is it proper that while you are expounding upon Maasei Merkava and the Shechinah is with us, I should ride on a mule?”

Rabi Elazar began speaking and a fire came down from heaven and encompassed all the trees, and the angels began to sing, “Praise the L-rd from the earth, sea monsters and all deeps… fruitful trees and all cedars… Hallelukah” (Psalms 148:7,9,14).

Rabi Yochanan rose and kissed Rabi Elazar on the head and said, “Baruch Elokei Yisrael, who has given our father, Avraham, a son who knows how to speculate upon and to investigate and to expound on Maasei Merkava.”

When Rabi Yehoshua and Rabi Yose HaKohen were told about these things, they were also going on a journey. They too began to speak about Maasei Merkava. It was a hot summer day, in the month of Tammuz, when suddenly the heavens became overcast with clouds and a rainbow appeared in the clouds and the ministering angels assembled and came to listen.

Rabi Yose related what happened to Rabi Yochanan ben Zakkai and Rabi Yehoshua said, “Happy are you and happy is she who bore you. Happy are my eyes that have seen thus. Great is your reward that you will all be admitted into G-d’s presence.” 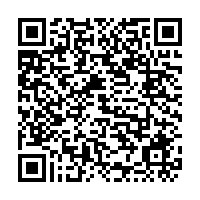