Rabi Yochanan said: “What is the meaning of the sentence in scriptures, ‘He does wonders that are immeasurable and miracles that are incomprehensible’?  This refers to the miracle of the birth of a child.”

Before a child is conceived, Hashem summons the angel in charge of birth, and He notifies him that a new life is about to be created. The angel then appears with this spark of life before Hashem and he asks Him what sort of person it will be.

Hashem then decrees if the person will be strong or weak, tall or short, male or female, wise or foolish, rich or poor. But good or bad, He does not decree, for that choice is given to man.

Hashem then motions to the angel in charge of neshamot to bring forth this and this soul, which was created when Hashem made the world.

The neshama approaches Hashem and bows humbly before Him. Hashem then commands it to enter this new spark of life, which will develop into the body of a human being.

But the neshama hesitates and says: “Ribbono Shel Olam! Please don’t force me to enter into such an odorous and decayed mortal. I am holy and pure, having been created by Your Holiness.”

But Hashem answers, “The world which you are about to enter is a good world and you have been created to enter the mortal body.”

Hashem then forces the neshama into this spark of life and assigns malachim to guard it. A candle is lit near its head and it studies all the knowledge of the world and sees all that transpires from the beginning of the world to its end.

A malach then takes the neshama on a tour of Gan Eden, pointing out the righteous who sit near the Heavenly Throne.

“Do you know who these people are?” the angels ask.

“No,” answers the neshama.

“They were once the same as you.  They entered the world which you are about to see, they observed all the mitzvos of the Torah, were kind and good and led an exemplary life. If you will follow their example, you too, will dwell in this paradise.”

Then he shows the neshama Gehenom.  ”These are the people who were evil in the world,” the malach explains. “Avoid their path and you will reap the benefits of Gan Eden.”

When it comes time for the neshama to enter into the world, it rebels and exclaims, “I don’t want to leave my comfortable dwelling!”

The malach then forces the neshama out into the world. As it is born, the malach strikes the child under its nostril and the child forgets everything it was taught. The child cries when it is born because it has just left a beautiful world of calm and peace.

When his time comes to depart from this world, the malach appears before him and asks, “Do you recognize me?”

The neshama replies, “Yes, I know you. Why do you come to me today?”

“I have come to take you out of this world. You have completed your allotted span of life.”

The neshama begins to cry and it is heard all over the world but not by normal human beings whose senses are not attuned to this sphere.

“You have already taken me out of two worlds to place me into this world,” the neshama cries. “Must you continuously bother me?”

And so it is with each one of us.  No matter what judgement awaits it in the next world the neshama rejoices at being in the World of Truth. 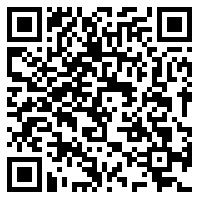