The portion of Israel that belonged to the tribe of Asher was famous for its supply of olive oil. It was produced virtually as if it had gushed from a well.

Once the city of Loadiceans sent an agent to Jerusalem with instructions to purchase a million shekel worth of oil. In Jerusalem, he was t old to go to Gush Tyre. At Tyre, he was told to go to Gush-Chalab, a city bordering the land of Asher. In that city he was directed to the house of a prominent merchant who dealt in oil.

Entering the fields of the merchant, he saw a man digging around his olive trees.

“Are you the person who can supply me with a million shekel worth of olive oil?” he asked.

“Yes,” he answered. “But you will have to wait until I finish my work.”

The agent sat down to wait. Meanwhile, the proprietor continued digging. When he had finished his work, he tied his pack onto his back and started for home.

The agent, watching his behavior, thought to himself, “Could this man, who appears so poor, have so much oil to sell? Surely the people in town were making fun of me.”

When they reached the merchant’s home, a female slave brought hot water for him to wash his hands and feet and a gold bowl of oil to dip them in afterwards. After they had eaten together, the merchant measured out before him the million shekel worth of oil.

“Do you need more oil?” the merchant asked.

“Yes,” answered the agent, “but I have no more money with me.”

“Never mind,” said the merchant, “buy it and I will go with you to your city for the money.”

He then measured out another 180,000 shekel worth of oil. There was so much oil that they had to hire every horse, mule, camel and beast of burden they could find to carry it all.

When the agent neared his city, all the people turned out to meet him to compliment him on his good service.

“Don’t praise me,” said the agent, “but him, my companion, whom I owe 180,000 shekel. You could never tell by looking at him that he is one of the richest men in oil in Israel.”

Thus do the truly rich appear humble and unassuming. 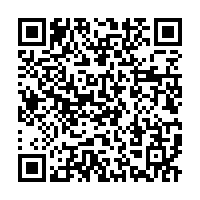