The years 1942 to 1945 were the darkest days in Jewish history. Since the days of Ezra never were so many killed and in such torturous methods as befell the unfortunate Jews of Europe. Six million sacrifices; all the prophecies of evil and destruction, which the Torah warned us against were fulfilled in our generation. Yet, there are stories of heroism and faith that shone as beacons of light amidst all the desolation and waste.

In one barrack in Buchenwald sat an aged rabbi, a pious saint from Poland who realized that he would die al Kiddush Hashem, in the sanctification of G-d’s name. “Lucky am I,” he said to himself, “to have been chosen because I am a Jew, to follow in the steps of Rabi Akiva who died a martyr.”

Dug out beneath his bunk was a little chest which he guarded with his very life. It contained a small Sefer Torah, miniature size, but kosher, and a shofar.

Every Shabbos he would read the parsha of the week from this Sefer Torah before he and the other inmates went out on their backbreaking 15-hour work platoon. This would give them courage and faith to stay alive.

A few days before Rosh Hashanah the rabbi gathered a few people together and whispered to them, “Let us make a minyan on Rosh Hashanah before dawn and pray to G-d. Maybe He will hearken to our prayers.”

“But what good is a minyan if we don’t blow the shofar?” asked one of the inmates.

“But we will blow the shofar,” said the rabbi.

“What!” said the man. “And risk getting shot! You know they look for any excuse to kill us.”

“We are not allowed to blow the shofar here,” another inmate spoke up. “We all know that Shabbos is more important and we don’t blow it on that day and yet if a Jew is in danger we violate even the Shabbos. And we are all in grave danger here. Why kill us because of the shofar?”

“Just because of it we should blow the shofar,” answered the rabbi. “Our lives are forfeit anyway and our bodies do not belong to us. Only our spirit remains with us. Let us not give it over to them as well. Fellow Jews, tell me that you are in with me!”

All the inmates raised their hands in accord. “Let us not put the shofar to shame by hiding it,” they said.

On Rosh Hashanah a small band of Jews arose very early and prepared to pray. Looking out they saw there were no guards present. They all were out of the camp sleeping off their drink from the previous night’s party.

Never did a little band of Jews pray so fervently as did this group that day. Then it was time to blow the shofar. The assembled Jews held their breath while the rabbi put the shofar to his lips and to the call of Tekiah he blew a loud blast on the shofar.

Shvarim was called out and the blast could now be heard outside the barrack. The rabbi continued blowing the shofar until suddenly the door was pushed in and a battalion of storm troopers appeared.

“Now I’ve caught you, you traitorous swine,” raged the commander. “You are sending signals to the Allies to bomb us. Now I know why we have been so heavily bombed the past few nights.”

“This is not a signal,” one of the inmates volunteered. “This is a shofar and we are praying.”

“Quiet!” shouted the commander. “Tell me who smuggled in the shofar and who was the Jew who blew it. The rest can go free.” 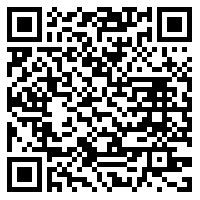