Reb Levi Yitzchak of Berdichev would use the Yomim Tovim as a forum for his continued dialogue with the Holy One blessed be He and as opportunities to demonstrate to the Almighty that His children, Israel, were deserving of both forgiveness and a better fate.

Thus, one erev Pesach, in the afternoon, when the prohibition on chometz (leavened bread) was already in effect, Reb Levi Yitzhak called to his shammas and said:


“Let us go take a little stroll around the streets and market places of the city.”

The shammas was somewhat surprised that the rav would decide to walk aimlessly about on erev Pesach, but he knew that there was something behind it – and indeed there was.

As they walked about they spied – on a street corner – a well-known Russian smuggler.

“Come, I want to have a talk with this man,” said Reb Levi Yitzchak.

“But rebbe,” protested the shammas, “he is a well-known smuggler.”

The surprised shammas was even more flabbergasted as they came up to the smuggler and he heard Reb Levi Yitzchak say, “Have you any ‘merchandise’ that recently arrived?”

“Indeed, I have,” replied the smuggler. “I have materials of all colors and descriptions that just arrived. Would the Jewish rabbi care to look at some?”

Reb Levi Yitzchak only smiled and shook his head.

Moving on, they left the market area and continued into the Jewish section. There they saw the Jews hurriedly going to and from the baths in anxious preparations for Pesach. Stopping someone on the street, Reb Levi Yitzchak asked him:

“Reb Yid, have you any chametz in your house or your possession?”

The man looked at Reb Levi Yitzchak with tears in his eyes and exclaimed, “Rebbe, what sin have you ever found in me that causes you to suspect me of having chametz in my possession on erev Pesach?”

Reb Levi Yitzchak left him and approached another man and once more asked the same question: “Have you any chametz with you?”

The man looked with alarm at Reb Levi Yitzchak and cried out, “G-d forbid that I should have chametz in my possession at this hour!”

Turning his eyes upward to Heaven, Reb Levi Yitzchak called out, “Almighty Lord, G-d of Israel, look from Your Heavenly place and behold Your people, Israel. The czar of Russia is a mighty king with a horde of soldiers and police who patrol the borders. He has laws and judges and jails to punish the offenders who dare to smuggle in contraband. Nevertheless, the smugglers are not deterred by laws or punishment and they continue to smuggle.

“You, however, issued a simple command, ‘Thou shalt not have chametz’ and though there are no soldiers or police or judges or jails to enforce it, nevertheless, not a Jew in Berdichev dares have any chametz in his possession on this day.” 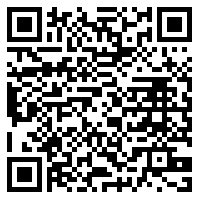