The Baal Shem Tov had two grandsons, Reb Moshe Chaim Ephraim and Reb Baruch. While both were pious and well educated in Torah, Reb Moshe lived a frugal and poor life while his brother, Reb Baruch, became very wealthy.

One day Reb Baruch decided to spend Shabbos with his poor brother. Reb Moshe was honored and told his wife to prepare the best of everything in honor of his brother. The poor woman sighed as she counted her few pennies but, as a dutiful wife, she went to the market place and borrowed enough money to purchase extra food for Shabbos.


That night, when the two brothers came home from shul, they saw two small candles burning from an earthen dish, a white tablecloth spread out over the table with two small challahs on it. A small bottle of watered-down wine was near the challahs and a wooden bowl containing salted herring and onions stood near as well.

They made kiddush and they sat down to eat the Shabbos meal, which was very little. The rich Baruch turned to his poor brother and sighing said, “Woe is to me, my brother, that I see you in such a poor state. How do you manage to exist in such poverty?”

“Why do you speak this way to me?” Reb Moshe innocently replied. “Is there anything missing here?”

“Everything is missing,” said Reb Baruch. “In my home we have silver candle holders, beautiful furniture; the wine is poured into silver cups and on the table we have enough food ﬁt for a king.”

“Where do you get so much money to be able to purchase all these ﬁne things?” asked Reb Moshe Chaim Ephraim.

“Don’t you know?” replied his brother. “I travel all week from town to town, buying and selling merchandise so I accumulate enough money to buy the ﬁnest things for Shabbos.”

“Then you are worse off than I am,” replied Reb Moshe. “Your gold, silver and money are in your home while you have to wander from town to town as if you are in exile. While my money is in exile, in other people’s hands, I am at home the entire week enjoying the company of my wife and children and he study of Torah. Who leads a happier life?”

When Reb Moshe Chaim Ehpraim was a young boy he was known as a genius. Many people who opposed his grandfather, the Baal Shem Tov, would come to his home with difficult questions attempting to confuse his grandfather. The Baal Shem Tov would usually call upon his little grandson for the answer and to the amazement of all he would always give the proper answer.

One day a prominent rav visited their home and posed a difficult question.

“Will the Master be able to answer a question I have on this week’s portion of the Torah, about Korach?” the rav asked. “The Gemara in Sanhedrin (108a) says that the Jews in the generation of the Wilderness have no part in the World to Come, for the Torah (Bamidbar 14:35) states: ‘In this wilderness they shall be consumed and they shall die.’

“Rabi Akiva explains the words, ‘consumed’ and ‘die’ to represent death in both worlds.

“Further on Rabi Akiba states that Korach and his group also suffered the same fate as he expounds the sentence in the Torah (Ibid. 16:33) ‘and the earth closed upon them’ as referring to this world. ‘And they perished from among the assembly refers to the next world. Now the question arises, why did Rabi Akiva have to repeat the same remarks about Korach when he already deduced that the Jews of the generation in the wilderness, which included Korach, had no part in the World to Come? Korach was also in that generation and he would have been included in the ﬁrst remarks of Rabi Akiva?”

The Baal Shem Tov smiled as he turned to his young grandson and told him to answer the question.

The child didn’t hesitate a minute as he replied, “The answer is simple, the ﬁrst sentence of ‘in the wilderness they shall be consumed and there they shall die’ was referring to the spies. They were punished for bringing back a bad report. The spies represented every tribe in Israel with the exception of the tribe of Levi. Therefore, the tribe of Levi was not included in this punishment. Korach was a descendant of the tribe of Levi, therefore, Rabi Akiva had to reiterate that Korach had no share in the next world only because of his sin of revolting against Moshe and not because of the punishment of the spies.” 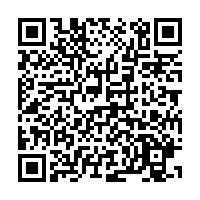