As any Ba’al Nisayon will tell you, NO nisayon is ever simply a nisayon. It is really comprised of quite a few nisyonos, all rolled into one. The way I see it, there are neat nisyonos and messy nisyonos — all of which are sent to us from the very same source: Hashem. And, for the very same purpose: to help each of our neshomos along our individual journeys.

What’s a neat nisoyon? A neat nisoyon is one that is fully grasped by the general public and fully sympathized with. It has solutions or remedies that are clear and leave little room for debate. A messy nisayon is misunderstood by most people and often involves the ruination of friendships as well as lots of loshon hora.

Requesting a get and becoming a single mother made one thing instantly clear to me: this was no neat nisoyon. At first I thought to myself: It must be that those of us with nisyonos that are a result of, and result in, so much ugliness are on a lower madreiga than others with more clear-cut nisyonos.

After all, how special could I be if I’m enmeshed in heated controversies? How wonderful could I be if horrible letters are being circulated about how rotten I am?

Then I thought to myself: Wait a minute. Esther HaMalka was a great tzadeikes. And she had to move in with a goy! Yes, she had to marry a gentile king and be cut off from the people she cared about. That wasn’t a neat nisoyon.

And what about Yehudis in the Chanukah story? Cutting off Eliforni’s head? That had to be a little messy.

I may sound like I’m joking, but I’m quite serious.

A woman who arrives at the decision to pursue a get often experiences the pain of having family, friends and respected community members completely turn their backs on her. Hashem, anyone can serve You surrounded by love, adoration and respect! You’re dragging me through the mud, but I will serve You — from the mud.

It is not money or glory I seek. You, Hashem know exactly how I got here and where I need to be. Hashem knows that I left no stone unturned while trying to hold everything together for the sake of the marriage, and of course the children.

I sought Da’as Torah and then marriage counseling, often showing up alone, begging for the tools to survive. I attended every shiur on sholom bayis, heard every tape and read almost every book on the subject.

I had been given advice (most of it insane) that could fill a book, and I tried to follow it to the best of my ability. Be nicer, more respectful, more submissive, bake challah every week, treat him like a king and he’ll treat you like a queen. I had been told, literally, to simply make myself numb, to knock myself out with medication, and most of all to remember that as the akeres habayis, I set the tone in the home, am responsible for the atmosphere in my bayis ne’eman, and everything the children say is a reflection of my teachings or behavior.

I was told that in the zechus of living with the ever-widening void in my heart, I would have nachas from my children, arichas yomim, and a myriad of other brochos. So I tried and I tried, but the emotional and psychological torture was relentless and becoming unbearable.

When I explored the possibility of separation, I was turned away, by everyone! Again and again. Now if a husband refuses to leave and a woman has children, she is, in essence, trapped — powerless to leave. Without a place to go, I was beside myself with frustration. I was like a rubber band being stretched until it’s so taut that it’s going to snap any second. Third parties would observe me crying and speaking in agitated tones, in marked contrast to my calm and cheerful spouse. Which one of us looked like the problem? You guessed it. I was advised repeatedly to fix myself and things would improve. When they didn’t improve, I was told to fix myself some more.

It is important to note that in a normal situation some of these suggestions might have been helpful, but with an abusive, controlling husband, nothing makes a dent.

Redeeming Relevance: Parshat Noach: Do we Really Understand why Murder is Wrong? 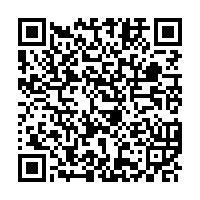