Rav Yosef Hochgelanter, the rav of the city of Zamushet, where Rav Akiva Eiger received his early training while still a young boy, was a great scholar and the author of Mishnas Chachamim. At the time he was chosen to be rav of the city he was the son-in-law of a very wealthy man who was very generous with his support.

Because he had no need of money, Rav Yosef insisted that he would only take the position on condition that he not be paid a salary. Oddly enough, however, he did insist on the implementation of one particular custom. For many years it had been the rule in the city that all the butchers had to supply the rav with a set amount of meat each week. Rav Yosef was particularly adamant about the butchers’ faithful fulfillment of their obligation.

Rav Yosef’s wife could not understand why her husband was so insistent on this point. “Tell me, my husband,” she asked, “Why is it that when it comes to a salary you absolutely refuse to accept money, a decision that I fully agree with, since we have no need of it. When it comes to the butchers’ quota of meat, however, you are adamant and insist that they pay it. Why is this so?”

“It is not for myself that I insist on this meat, my wife. Thank G-d we have enough money to support ourselves and have no need of the meat.

“What, however, will be the situation if the rav who follows me is a poor man? If the butchers get into the habit of disregarding their obligation because I do not insist, they will cause the poor rav to suffer terribly.”

It was this Rav Yosef who recognized quite early that his young student, Shlomo Kluger, would grow to be a giant of Torah in Israel.

Because of this, he took great pains to encourage and show warmth to his young student. It was the custom of the rav, each Pesach, to invite the best of the students to his home to participate in the Seder. Young Shlomo was also invited to attend.

As the evening progressed and the Haggadah was read, they reached the part that told of the four sons – the clever, the wicked, the simple and the one incapable of asking. One of the students turned to Rav Yosef and asked:

“Why does the Haggadah call one of the sons’ ‘wise’ and the other ‘wicked’? After all, what is the difference between them? The Haggadah says that the wicked son ‘took himself out of the general congregation of Israel since he asked: ‘What is the meaning of the service to you?’ If we look carefully, however, we will notice that the wise son also used this language when he asks: ‘what are the witnesses and commandments and law that the L-rd our G-d commanded you?’ After all, does the wise son not take himself out of the general congregation when he used the term ‘you’ instead of ‘us’”.

Rav Yosef, who was expert in the Rambam, immediately answered that according to the Rambam, the version that we have in our Haggadah is, indeed, incorrect and that the correct version is that instead of ‘you’ the wise son says ‘us.’ “We see, therefore, that there is a very great difference between what the wise son and the wicked son said,” the rav concluded.

When Rav Yosef finished, young Shlomo shyly said: “If I may be permitted to add something, I believe that there is an additional difference between the two sons, even using the version that is found in our Haggadah.”

All those assembled looked to the young Shlomo to see what he had to add to the conversation. In a soft and low voice, the young scholar said: “If we look carefully we see that while the wicked son never once uses the name of the Almighty, the wise son does say that ‘the L-rd our G-d commanded.’”

As Rav Yosef nodded in satisfaction, Shlomo continued: “A similar difference is found, I believe, in the very first chapter of the Torah in the story of the creation of light and darkness. It says there: ‘And G-d called the light day, and the darkness He called night.’

“Note that in the description of the light the name of G-d is mentioned whereas in the phrase that mentions the darkness, the Holy Name is not. 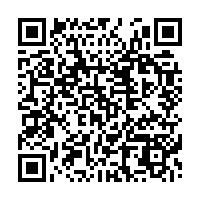