The Vilna Gaon was once called upon to litigate between a doctor and patient.

This doctor was a specialist who viewed pain and suffering as a blessing to the medical profession. He charged exorbitant sums for his services and never treated a needy person for free.


One day, a poor woman became critically ill and the distraught husband ran to the specialist and begged him to save her life.

“My dear man,” said the doctor coldly, “I may treat your wife for weeks and you don’t have sufficient funds to compensate me.”

“Doctor,” cried the desperate man, “you save her life and I’ll pay you every kopek even if I have to sell my house.”

“And suppose I can’t save her,” queried the physician, “won’t you pay me then?”

“I’ll pay you whether you cure her or kill her,” shouted the loyal husband.

After treating the woman for a few weeks, she passed away.

With unseeming haste, the doctor sent the bereft man a bill for 1,000 rubles, but it received no attention. Subsequent letters were equally ignored. Eventually the doctor sued the delinquent debtor and the judge, seeing the poverty-stricken defendant, referred the case to the Vilna Gaon.

The Gaon heard the arguments and regarded the two litigants thoughtfully. It was unjust, thought the Gaon, to make the poor man sell his house and give the money to the avaricious practitioner and he determined to protect him.

After a few moments, the Gaon called the doctor to him.

“What was your agreement with the defendant?” inquired the Gaon, again.

“Our agreement was that I was to get paid whether I cured or killed her.”

“Did you cure her?” asked the Gaon.

“No,” replied the doctor, reluctantly. “It was impossible.”

“Did you kill her?” was the next question.

“Oh no, I should say not,” answered the doctor.

“Then,” declared the Gaon, “you have no claim, for you neither cured her nor killed her.”

The Power Of Repentance

A wonderful story is recorded about the Maharil, Rav Yaakov ben Moshe Mollin, who proved the power of repentance

The Maharil was the first rav to bear the title Morenu. He was considered the greatest authority of his time, and communities far and wide sought his advice.

The Maharil lived during the Hussite Wars which brought misery upon the Jews of the Rhine, Thuringia and Bavaria. The Jews appealed to the Maharil to intercede with G-d for them. Mercenary soldiers would enter Jewish homes at will and take everything they could lay their hands on. Anyone who protested was shot.

When the Maharil received their desperate appeal, he sent messengers to the neighboring communities urging them to institute a period of fasting and prayer. Obeying the call, the German communities fasted for seven days (in September 1241).

The day following the fast, the grand duke, who had mobilized the large army, was suddenly stricken and died. Soon afterwards, the Imperial army and the mercenaries who were mobilized at Saaz dispersed and the very soldiers who had threatened and molested the Jews now came to them to beg for bread. Under the orders of the Maharil they were given bread and lodging. When they departed, they blessed the Jews and their G-d for treating them so kindly after having suffered so much at their hands, and many of them became Jews.

This was a dramatic episode demonstrated the immediate results of repentance and prayer. 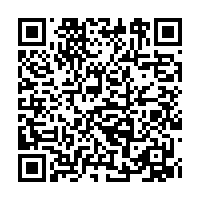