It is very easy to catch a thief when one has clues and evidence. It is a far different matter, however, when one must attempt to find the guilty party through his own wits alone. It is then that we must have a truly wise man- one as wise as, say Shlomo HaMelech.

Along a lonely country road came three people, merchants who had just completed profitable business transactions. It was a Friday afternoon, and as the hours dragged by, the travelers saw that the sun was about to set and they would not possibly be able to reach town before Shabbos.


“I see that we shall have to camp here for tonight,” said one. “I suggest that since we are forbidden to carry money, we bury it all in one spot and leave it there until after Shabbos.”

“That is a good idea,” agreed the other two.

And so, the three merchants took all their valuables, and buried them together in one spot.

That night, however, one of the merchants waited until his comrades had fallen asleep and getting up stealthily, tiptoed to the place where the money was buried. Despite the fact that it was Shabbos, and despite the fact that it’s forbidden to steal, the thief dug up the money and then walking into the forest, hid it away where no one else would find it.

On Motzei Shabbos, the three merchants went to the place where the money was originally buried. Imagine their horror (that is, except for the thief) when they saw that the money was gone, obviously stolen by one of them.

Immediately, all three began to shout and yell at each other: “You are the thief!”

After five minutes of accusation and name calling, one of the trio paused and said:

“We are never going to get anywhere this way. It is obviously impossible for us to find out which of us is the real thief. This is something that only a very great and very wise man can do. Let us therefore go to the court of that wisest of all men, Shlomo HaMelech.

Reaching the palace, the three had to wait their turn while hundreds of Jews with problems and lawsuits winded their way through the courtroom seeking justice and help. Finally the three reached the King’s throne.

“Oh great king,” began the merchant, “we have a most difficult problem that we are unable to solve. We have therefore come to you, in the hope that you in your great G-d given wisdom will be able to catch a thief.”

The merchants then proceeded to tell the king how they had hidden their money because of the approach of Shabbos; how during the night, one of them must have awakened and transferred the money to some hidden spot. Now they were at a loss to know how to find the thief, since there were no witnesses or indeed any evidence which might point to one person’s guilt.

Shlomo HaMelech sat in silence listening to the entire story. When the merchants had concluded, he sat without speaking.

Suddenly he announced, “Judgment is in the morning! Return tomorrow and I shall catch your thief.”

The following morning, court opened early, and the three merchants stood once again before the king.

The night before, Shlomo HaMelech had wracked his brain in an effort to find some way to discover the thief. He realized that without clues, his only path was to work through the personality and character of the thief and to trap him by his own words.

“Before I tell you who the thief is,” he began, “I would like your advice. I have heard that you are all wise and learned men, and so I will need your aid in a very perplexing problem that has arisen. Here is the story.”

The merchants were flattered that the wisest of all men should turn to them for advice, and they listened eagerly as the king expounded the problem.

“It appears,” began Shlomo HaMelech, “that there is a young boy who was a neighbor of a young girl his own age. They were very good friends, and became very attached to each other. 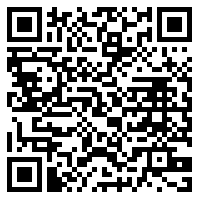