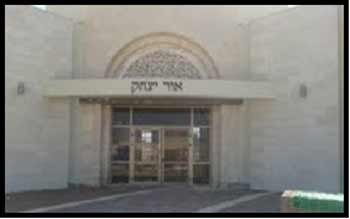 On a fresh August morning, I toured the newly re-built Netzer Hazani. This former Gush Katif community has successfully re-established itself near Yesodot, 8 years after Ariel Sharon’s 2005 Disengagement Plan. It was truly amazing to once again see road signs bearing the names of Gush Katif communities! Seeing the green road sign with the white emblazoned letters of Netzer Hazani on it made something inside me first shudder and then smile. I couldn’t help but grin as the first structure we passed was a large basketball court. After all, Netzer Hazani and basketball go together like Americans and McDonalds or Switzerland and chocolate. It’s what they are known for, and it’s what they enjoy. The competition between the Netzer Hazani youth basketball team and the Neve Dekalim team is legendary, and all the boys have always wanted to have the team play in the annual Yulis basketball tournament. It is usually a close game drawing a huge, cheering and supportive crowd. So I was pleased to see that the renewed Netzer Hazani community hasn’t forgotten to give their new generation of youth a proper court.

After the court, the modest houses came into view. What catches the eye immediately is the lack of property lines such as hedges or walls to separate the neighbors. This speaks highly of a close-knit community that doesn’t need “good fences to make good neighbors.” They have been through so much together, and have weathered so many storms – they really are one big family.


As a community they have had to face many tragedies, and yet have remained strong. They lost their beloved spiritual leader, Rabbi Itzhak Aramah H”yd, in a 2002 Arab terror attack and, unlike other Gush Katif communities, have had to deal with those difficult pre-Disengagement years and the aftermath without his spiritual guidance.

Their town square commemorates two of their many terror victims, reminding us of the youth killed in the service of our nation. Sergeant First Class Yohanon Hilberg Hy”d, 20 (1997) was killed by a roadside bomb on his way to an IDF operational activity in Lebanon. Itamar Yefet Hy”d, 18 (2000) was killed by a Palestinian sniper as he traveled from Netzer Hazani. He was a student in the military academy of Yatir at the time.

The memory of these two youth will remain in the hearts of future generations thanks to the two new centers which will provide social services for different segments of the Netzer Hazani population. The Hilburg Center is for the youth, while the Yefet Center is oriented toward the adult residents. Rachel Yefet, Itamar’s mother, runs a small gemach inside the local shul for anyone holding a special event, lending out fancy tablecloths, linen napkins, flower settings, plastic flowers, vases, etc.

Perhaps the most striking structure in this intimate community is a two-story house painted bright orange. This house is situated toward the back of the community, but its color ensures that it stands out. More than anything else, this splash of orange declares: Netzer Hazani has not been beaten – and its residents will yet return to their true home.

Shifra Shomron is the Assistant PR at the Gush Katif Committee. She is the author of the novel Grains of Sand: The Fall of Neve Dekalim (Mazo Publishers, 2007). 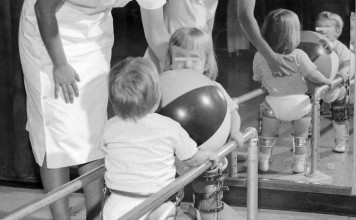