Here’s a Greek Orthodox pilgrim dipping in the Jordan River, as part of a traditional Epiphany baptism ceremony at the site of Qasr el Yahud (Castle of the Jews), outside Jericho. Christians believe this is where Jesus was baptized. It is also supposed to be the spot where the tribes of Israel crossed over the Jordan to begin their conquest of the land, and where Elijah the Prophet ascended to heaven.

That’s a lot of stuff happening in one place.


There are ruins of Byzantine and Crusader churches, which suggest those traditions are pretty old.

I’ll tell you one thing, if Jesus did dip there—assuming such a person ever existed—he didn’t do it all dressed up like these folks. Jewish law says there must be no separation-chatzitza between one’s flesh and the cleansing water. We take off jewelry, nail polish, even a stray hair. 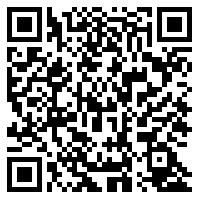