This is what happens when you don’t pay your debts to the fuel providers: they stop shipping. I should think Arabs of all people would know this about the rules of fuel. And yet, here you go.

Sunday was marked by many hundreds of Palestinian cars riding over to Israeli gas stations because the stations on their side of the disputed territories no longer had any, Tazpit news agency reported. The South African government may call it another form of Apartheid, but it’s really just another form of deadbeat. Ramallah, Shchem and Hebron are dry.


There were long lines in front of stations in the Jewish towns of Kdumim and Karney Shomron. Eventually traffic became so jammed, the army had to get involved and blocked the road leading from the PA to Kdumim.

Incidentally, the PA also owes millions to the Israeli electric company. No idea why they keep getting the stuff for free. We just received our bi-monthly electric bill – don’t ask – but I don’t think they’ll let us have more without paying for it. Call it a hunch. 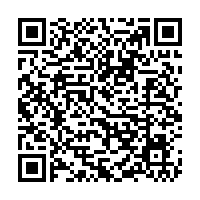