I watched that terrifying video showing a 12-year-old Syrian child beheading two Army officers. And maybe the most terrifying part about it was that I clicked to the clip while unwrapping a piece of sugar free gum (an ex-smoker, I chew a lot at work). Then I was watching the boy bringing a sword down on those two men while on my side of the screen my fingers were still automatically releasing a bit of gum. And suddenly I became aware of the fact that I was watching a real execution while treating myself to a snack. In other words, I’ve gone Roman.

My culture has gone Roman. Terror and domestic comforts are so intertwined, I fear that our very psyches have been altered. I fear that the mad boy who waded in so much blood in a Connecticut school the other day was not a deviation but the fruit of a culture without boundaries between what’s inside and outside our brains.


I was thinking about all of the above when I saw this image release from the Pentagon. It depicts Paris, a coalition force military working dog, showing his gentler side as he interacts with children in a village in Farah province, Afghanistan, earlier this month.

I realize this is what the 21st century is all about, cultures colliding and mixing, children killing and playing, certainty and predictability are out the window.

Admit it, looking at this picture, we are far less afraid of the big dog than we are of these children.

A Great Way To Learn Nach 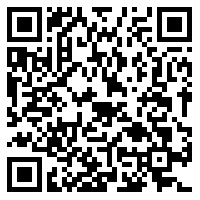