The rainbow flags decorated the beach of Tel Aviv June 02, 2013, in anticipation of the upcoming “gay pride” parade.

I never understood the concept of gay pride. I was never proud of any of my own afflictions. I’ve battled them all my life, to the point where the battle itself is part of who I am. And I’ve learned a lot from my afflictions — after all, they were given me by God for a purpose. But pride?

Then this Haredi guy comes along,  in his long coat and black yarmulke, just walking by, taking care of business on his cellphone.

The eye likes contrasted images. They don’t actually mean anything – but they’re not innocent.

When’s the Haredi pride parade? I’ll pay to see that one. 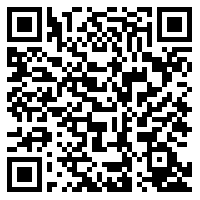