Fishermen say the locally rare batfish stingray is making a comeback in the waters off the coast of Gaza. For the first time in five years, fishermen say they are catching the rays by the hundreds. The batfish ray takes a triangular shape with large wings — some are as large as 80 kilograms. A kilo of the ray sells for 10 shekels ($2.68) in local markets.


“People in al-Shati refugee camp in Gaza City rush to buy the batfish and consider it healthy, especially for little kids,” said Mahfouth al-Kabariti, the head of the Gaza fishermen’s union.

From the Daily Mail: Mystery of the massacred mobula rays: Just why DID dozens of these bloodied sea creatures wash up on the beach in Gaza?

Dozens of Mobula Ray fish were mysteriously washed up on the beach in Gaza City today and carted off to market by Palestinian fishermen. It was the first time the fish had been seen on the beach for six years, according to a local video report purporting to show fisherman examining the Rays. The fish are of a similar appearance to the more well-known Manta Rays, which are in the same family, and can reach a width of up to 17ft.

The Rays can weigh more than 12 stone and sell for around five shekels ($1.2) per pound in local markets, the Ma’an News Agency reported. 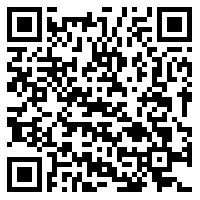