The Jerusalem Symphony Orchestra, will perform at UNESCO (United Nations Educational, Scientific and Cultural Organization) headquarters in Paris on Monday, January 26 at the special opening concert of the International Holocaust Remembrance Day. This year the day will also mark the 70th anniversary of the liberation of Auschwitz.

The concert will be conducted by the orchestra’s music director Maestro Frédéric Chaslin, a second generation Holocaust survivor, who comes from France.


The Jerusalem Symphony Orchestra, a major orchestra in Israel, was invited by UNESCO Secretary General, Irina Bokova, to perform at the UNESCO headquarters. It will open with the world premiere of Maestro Frédéric Chaslin’s “Ode to Peace” which was composed in honor of the recently marked United Nations International Day.

A central piece of the concert will be Dmitri Shostakovich’s Symphony No. 13 in B flat minor, Op. 113, “Babi Yar”, which was composed on the words of the well-known Russian poet Yevgeny Yevtushenko. The program will also feature “Suite Yiddish “, by composer and Holocaust survivor Norbert Glanzberg who was a friend and musical partner of the internationally iconic Parisian singer, Edith Piaf, during the German occupation. Piaf managed to smuggle him to Nice at the French Riviera in the unoccupied zone where Glanzberg eventually survived.

“There is a lot of symbolism in the fact that this concert takes place in Paris, in this period of rising anti-Semitism and anti-Israelism in France and Western Europe. We hope that the Jerusalem Symphony Orchestra’s performance will send a message of encouragement and support to the Jewish community in France,” he said.

“We thank all of the organizations who have supported us and made it possible to give this important concert,” added Stern.

The Orchestra’s journey to Paris was made possible with the assistance of the Division for Cultural and Scientific Affairs at the Ministry of Foreign Affairs and through the generous support of the Patrick & Lina Darhi FoundationPLFA, the international news channel i24, the Rothschild Foundation (Foundation Rothschild, Institute Alain de Rothschild), the French Foundation for Holocaust remembrance (Fondation pour la Memoire de la Shoah) and JNF France. 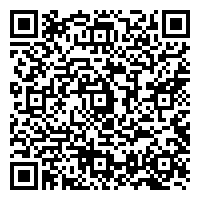