In anticipation and in honor of President Trump’s upcoming announcement on Jerusalem, the walls of the Old City of Jerusalem have been lit up with American and Israeli flags.

The Bridge of Strings at the entrance to Jerusalem has been lit up in red white and blue.

The Jerusalem Municipality in Kikar Safra has hung a huge American flag.

Ezri Tubi’s Boomerang has come out with a special cartoon for the occasion. 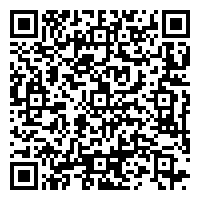