Not everyone in Paris can get to the beach, so Paris decided to bring the beach to the river Seine, sand and all.

Parisians who can’t afford their nation’s sacred, annual Vacance, have been invited every summer since 2002 to the Paris-Plages (“Paris Beaches”), artificial beaches along the river Seine in the center of Paris, and, since 2007, along the Bassin de la Villette in northeast Paris—a treat from the mayor’s office.


The Hotel de Ville, on the right bank, decided to dedicate their particular stretch of sand and sun on Thursday to none other than the beaches of Tel Aviv, complete with felafel, matkot (beach ping pong) and bad music.

Of course, not everyone is happy with that, and the French police brought in 300 extra troops today to keep the peace, after learning of an angry anti-Israel demonstration being planned for the Tel Aviv beach in Paris.

Some people just don’t appreciate the beach, or maybe its the matkot. 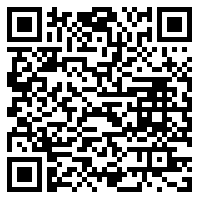