Participants at the funeral were yelling, “Death to the Jews”.


In 1979, Ziad Abu Ein murdered 2 Jewish teenagers, and injured 32 more people, including 2 Americans, when he placed a bomb in a trash can on a Tiberias street.

Despite receiving a life sentence for his act of terrorism, Ziad abu Ein only stayed in jail until 1985, when he was released in Jibril Rajoub prisoner swap.

At least this murdering piece of garbage is dead now. 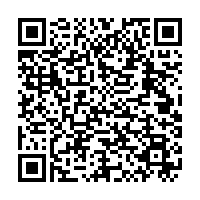