Members of Women of the Wall yesterday afternoon held a Mincha prayer at the start of their 24-hour sit-in at the Western Wall in protest of a government plan to move them to a 400-square-meter space for mixed davening, outside the supervision of the Kotel Rabbi.

We know it’s Mincha, because of the woman up front who’s doing Tachnun-supplications.


I never say Tachnun at Mincha, because my shul has a Mincha-Maariv service by the end of the day, and Chassidim believe this is the time when the divine quality of withholding, or Midat Ha’din, is in full power and you don’t want to actually invite the heavenly court to check you out at such a time.

Ashkenazim say Tachnun by Mincha. And the reform follow the Ashkenzi tradition, which is weird, because you’d think they would fancy more the flowery and poetic Nusach Sphard of Polish Jewry. But they’re strict traditionalists, apparently, and what was good enough in 1820 Frankfurt is good enough for them.

They spent the night there, which is not a small feat, although it appears they didn’t even have a minyan. Which is fine, because women’s prayers don’t require a minyan.

Someone should remind them to say L’David. 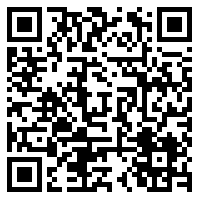