On today’s show David will be taking a call in from a loyal listener Abigail who would like to ask about some of the things said in previous shows about the Jewish atmosphere of the State of Israel. Being that there are different streams of “Jewishness” which one should be the base for Israel’s public sphere? We will also be discussing how we understand VP Pence’s two state comment in his speech in Israel’s Knesset last week.

Later in the show David will be speaking with Conservative Australian Youtuber “El Dia Opina” about what it means to be a “youtuber” and how she relates to Israel and and anti-Israel dis-information being spread around the internet. In future weeks El Dia will be hosting David Ha’ivri on her youtube channel. In past show’s Dia has had other personalities on her show including the Imam of Peace Sheikh Tawhidi and American celebrity Joy Villa. 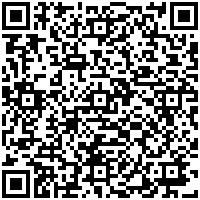