On today’s show David will be speaking with an amazing friend of Israel in Germany. Andreas Boldt has established a huge following via his German language Facebook page in support of Israel. He also posts in english so you can look him up there.

We will be speaking about media commotion and criticism of Israeli public figures who have expressed support for German right wing political parties.


Are there German, political parties that do not have anti-Semitism within them? what about so-called liberal parties who support BDS, the systematic boycott of products produced by the Jewish state? Is it okay to engage with members of those parties who are participating in modern-day anti-Semitism by boycotting Israel?

And then to depart from the bad and focus on the, positive side, we will be talking about what people can do to support Israel wherever they might be, listeners around the world can learn from Andreas and his experience online and in real life activism for Israel. Wherever you might be around the world there is something you can be doing for Israel. 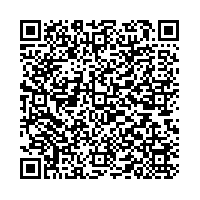