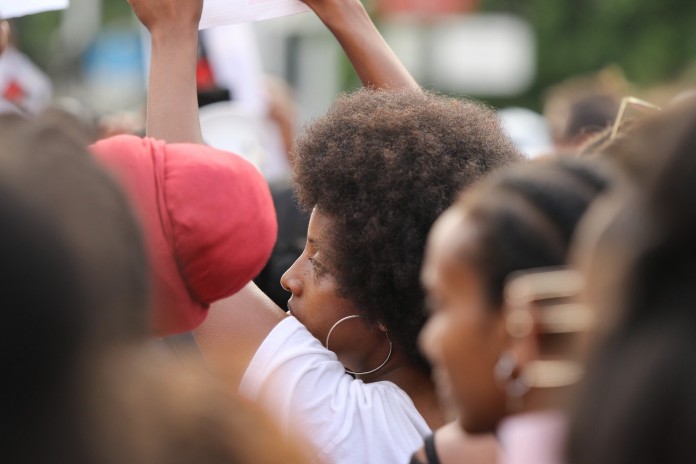 Rod Reuven Dovid Bryen and Jerry Gordon bring back Dan Diker, Senior Fellow and Director of the Program to Counter Political Warfare at the Jerusalem Center for Public Affairs (JCPA). Diker authored a recent JCPA brief, “The Alignment of BDS and Black Lives Matter: Implications for Israel and Diaspora Jewry”. Diker also appeared on a recent Jewish Broadcasting Service discussion program moderated by Rabbi Marc Golub with Joshua Washington, the young American Assistant Director of the Institute for Black Solidarity for Israel that promotes the pro-Zionist legacy of the late revered American civil rights leaders, Dr. Martin Luther King and Rev. Ralph Abernathy. American Jews, as Diker notes, had fought for Black civil rights as abolitionists in the 19th Century and the 1960’s culminating in the historic passage of the 1964 Civil Rights Act under President Johnson. American Jews have actively and publicly opposed racism and police brutality.

Diker’s JCPA brief exposed the disturbing trends converging between BLM and BDS that he suggests had its origins in the 2014 Iranian regime backed Hamas rocket and terror tunnel war against Israel. The rise of BLM was triggered by the killings of Black young men Trayvon Martin in Florida in 2012 and Michael Brown in 2014 in Ferguson. Missouri. Recently, the BLM campaign was “turbo-charged” by the murder on May 25, 2020 of George Floyd while in the custody of a Minneapolis Police Officer sparking daily protests and violence that quickly spread across the US.
The Movement for Black Lives (MBL) A BLM Network member organization, has openly accused Israel of being a racist Apartheid state. It connected Israel’s “occupation” in Gaza and the Palestinian Authority meme that the Jewish nation was “born in sin” with US state racism, imperialism, and fascism. Minister Louis Farrakhan, a spiritual guide and role model for BLM activists and sympathizers, has labeled Jews “Satan”. MBL’s radical solution is to “take down” the US government, while defunding and dismantling police departments across the United States. Diker noted the launch of a petition by University of California Students accusing Israel of “complicity’ in the murder of George Floyd due to US law enforcement agencies’ participation in a 2012 program in Israel on counterterrorism intelligence sharing.


Diker suggests that these accusations are completely unfounded. Moreover, BDS and Palestinian activist rhetoric accusing Israel of imperialism and colonialism is straight out of the Marxist-Leninist playbook. In fact, Israel is a result of Zionist de-colonialization, resettling the Jewish homeland after the fall of the 400-year Ottoman empire. He pointed to a recent article in the Cambridge Journal of Race Ethnicity of Politics, “What Kind of Movement is Black Lives Matter? The view from twitter”. Diker commented: This superb research on BLM reveals that the movement rejects the “politics of respectability” of Martin Luther King and the Civil Rights Movement”. This is dangerous for the Palestinian issue as it rejects inclusion, and instead advocates a political replacement theology.

Diker endorsed the work of Joshua Washington of the Institute for Black Solidarity for Israel, the son of Pastor Dumasani Washington, a California pastor, and a leading figure in the organization Christians United for Israel. Washington is also a next generation acolyte of Dr. King, a proud supporter of Israel and Zionism until his tragic assassination in 1968.

Joshua Washington is a co-author of the JCPA compendium,” Israelophobia, and the West”, that we previewed on a prior program with Diker. Washington’s wife, Olga Meshoe Washington, is the daughter of Kenneth Meshoe, a leading member of the South African parliament and a staunch supporter of Israel. Diker and Washington are working on a Black America-Israel coalition as a counterweight to the radical discourse of the BLM leadership. They hope to restore the solidarity between the Jewish and Black American communities given the split within the Black community over Israel and BLM’s Marxist discourse.

On the matter of progressive-turned radical Israel critic Peter Beinart and his recent trashing of Israel’s existence as the nation state of the Jewish people in a July 2020 article in Jewish Currents, and comedian Josh Rogen’s rejection of the Jewish state both signify a dangerous development. Their major influence over young American Jewish millennials results in the mainstreamed idea that millennials increasingly reject the Jewish state’s existence merely because, “Israel has been unable to solve the 100-year Palestinian Israeli conflict.”

Regretfully, Beinart willfully overlooks or is ignorant of Islamic doctrine that rejects a non-Muslim sovereign polity in the Middle East. Diker notes the Palestinian rejection of 10 consecutive offers since 1936 for Palestinian Arab sovereignty; 6 offers alone under the failed Oslo Accords since 2000. Diker accuses the so-called Pro Israel, Pro Israel J Street of undermining Israel and Diaspora Jewry by fostering and encouraging hatred of Israel while lobbying members of the US House of Representatives to condemn or harshly criticize policy moves of Israeli governments.

Josh Rogen, whose parents met on a Socialist Kibbutz in Israel before returning to Vancouver where their son was brought up, is reflective of the growing disconnection between American Jews and Israel. Diker traces the origins of that tension and growing alienation of American Jews in part to the 1982 Lebanon war that was perceived as more “offensive” than “defensive” in the United States.

Regarding the daily violent protests in Israel, Diker believes they are not connected exclusively to the coronavirus Pandemic. Rather they are an effort led by former PM Ehud Barak and others on the left who want to force the resignation of PM Netanyahu. They do not accept the result of the last election of Netanyahu as the democratically elected Prime Minister of the National Emergency Coalition government. He emphasized the comparison between the once predominant Labor led coalition in 1992 with 44 mandates. Today Labor is polling under the minimum four mandate threshold. It has two members in the current coalition that creates a tsunami like turmoil in frustrated segments of the Israeli public who have witnessed the Oslo peace “promise” disintegrate into 20 years of PLO and Hamas supported terror and political warfare. The Israel left has never drawn the necessary lessons of their political failures. Now, the Israeli Left is taking them out on the Israel’s rightful PM Netanyahu in his fourth consecutive government since 2009. 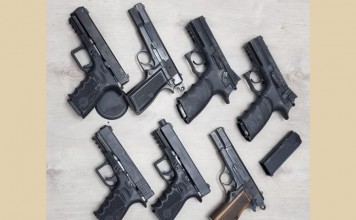 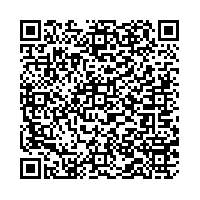